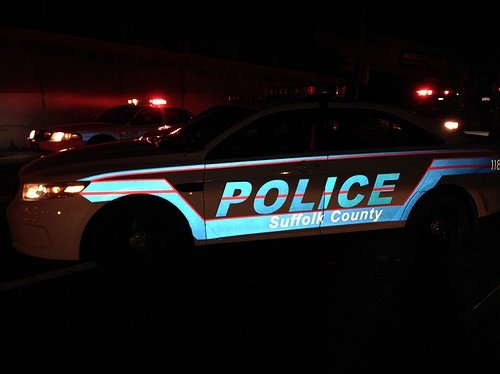 Amos Michael was standing outside near the Palace Plaza shopping center, located on Elm Street and Lowell Avenue, talking to friends at approximately 9:30 p.m. when he heard multiple gunshots. When Amos ran into one of the stores for safety, he discovered that he had been shot in the right leg.

Amos was taken by a relative to Southside Hospital in Bay Shore and police were called at approximately 10:35 p.m. Amos, 27, of Central Islip, was treated for a minor injury to his leg and released.

This investigation is ongoing and detectives are asking anyone with information about this incident to contact the Third Squad at 631-854-8352 or call anonymously to Crime Stoppers at 1-800-220-TIPS.