Peter Joseph, the controversial writer/director of the Zeitgeist Film Series, will be Tom Needham’s special guest this Thursday on WUSB’s The Sounds of Film. 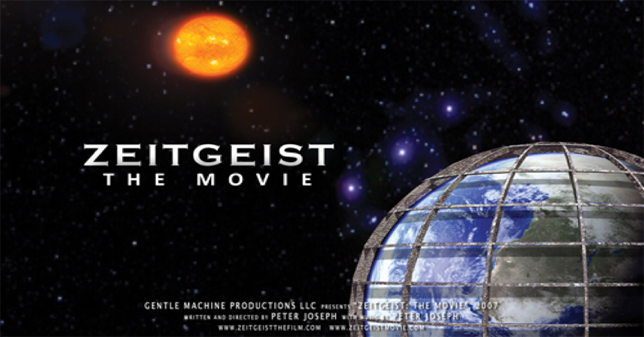 Stony Brook, NY - October 24, 2017 - Peter Joseph, the founder of the Zeitgeist Movement, will be Tom Needham’s featured guest this week at 6 P.M. on WUSB’s The Sounds of Film. He will be discussing his current book, The New Human Rights Movement: Reinventing the Economy to End Oppression, and his upcoming film, InterReflections.
Peter Joseph is an award-winning filmmaker, musician and activist who is most well-known for his Zeitgeist Film Series. The Zeitgeist films utilize archival footage, interviews, animation and narration to propose extensive social and economic changes. The films were all originally released on the internet and earned tens of millions of viewers making them some of the most watched movies in Internet history. The series includes Zeitgeist: The Movie, Zeitgeist: Addendum, and Zeitgeist: Moving Forward. Some of the people featured in the series include George Carlin, Alex Jones, Jacque Fresco, Max Keiser and Michael Ruppert. The Zeitgeist Film Series has been translated into over 40 languages and screened in over 150 countries. The popularity of the films led to start of the Zeitgeist Movement which advocates for the transformation of society and its economic system to a non-monetary system based on resource allocation.
Peter Joseph will be discussing his new film, InterReflections. The movie employs a new narrative-based fantasy and live-action style that takes place in multiple time frames. With this film, Peter Joseph leaves behind his documentary style and takes on an experimental abstract mixed-film style.
About the Sounds of Film
The Sounds of Film is the nation’s longest-running film and music themed radio show.  For the past 30 years, the program has delivered a popular mix of interviews and music to listeners all over Long Island, parts of Connecticut, and streaming live on the Internet at wusb.fm.  Previous guests include Governor Jesse Ventura, journalist Abby Martin, Trends Forecaster Gerald Celente, Public Enemy’s Chuck D., economist Richard Wolff, director Mike Leigh, writer Chris Hedges, composer Cliff Martinez, and director Rob Reiner.