Rep. Zeldin Statement on Designation of MS-13 as Enhanced Focus within DOJ

Zeldin: "AG Sessions’ action sends a clear indication that gangs like MS-13 have no place here, and that we will never tolerate gang violence in our communities." 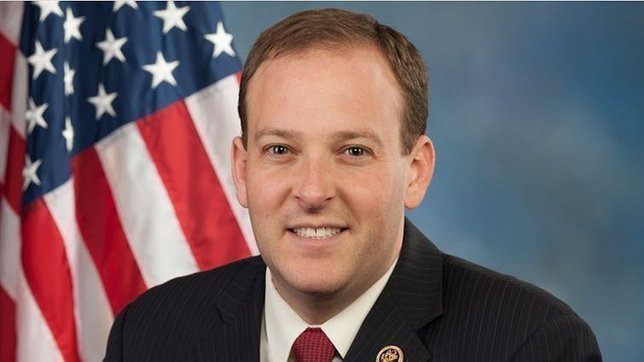 Long Island, NY - October 23, 2017 - Congressman Lee Zeldin (R, NY-1) released the following statement today to express his support for U.S. Attorney General Jeff Sessions designating MS-13 as a new focus within the Justice Department’s Organized Crime Drug Enforcement Task Forces. Under this designation, the Justice Department’s Organized Crime Drug Enforcement Task Forces will use the federal racketeering statute, or RICO, against this criminal organization. They will also enforce tax and gun laws.
Congressman Zeldin said, “President Trump, Attorney General Sessions, and the administration are taking a no nonsense approach when it comes to eradicating violent street gangs like MS-13 and other Central American gangs. It has been very welcome relief witnessing the President and his administration take such an active role to address this urgent threat, especially here in Suffolk County, where the rise in gang violence is hitting home in the most personal and tragic way. Innocent Long Islanders are being brutally murdered. Families and communities in Suffolk County are being torn apart. In April, the murder of four young men by MS-13 took place on Long Island; two of whom, Justin Llivicura, of East Patchogue, and Jorge Tigre, of Bellport, were residents of the First Congressional District. This is unfortunately just one of the many recent tragedies caused by MS-13 in our community. AG Sessions’ action sends a clear indication that gangs like MS-13 have no place here, and that we will never tolerate gang violence in our communities. Eradicating this criminal organization must be a top priority for our federal, state and local governments.”
In July 2017, Congressman Zeldin traveled with President Trump from Washington, DC, to Suffolk County, New York, when the President visited Long Island to discuss the administration’s effort to eradicate the MS-13 gang in Suffolk County and nationwide.