From Across The Nation, Announce Agreement to Work “In Tandem” To Ensure “Teaching Is The Core”

State Education Commissioner John B. King, Jr. today joined with other members of the Council of Chief State School Officers (CCSSO) and the Council of Great City Schools to reaffirm the commitment to work jointly ... 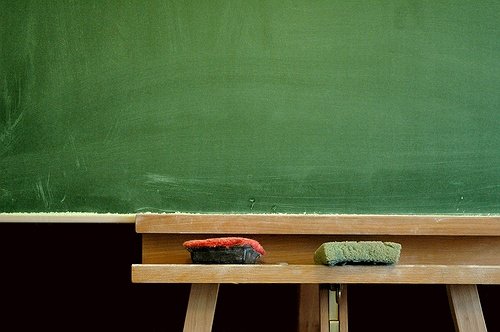 Nassau & Suffolk County, NY - October 16, 2014 - State Education Commissioner John B. King, Jr. today joined with other  members of the Council of Chief State School Officers (CCSSO)  and the Council of Great City Schools to reaffirm the commitment to work jointly with superintendents to ensure the use of high quality assessments as a tool to help improve teaching and learning.  King said New York has taken a number of steps to ensure that students take only assessments necessary to improve instruction, and that all assessments, state and local, are of high quality.

"High quality assessments are an integral part of teaching and learning," King said. "They provide useful feedback to teachers, parents and students.  Together with educators from all across the state, we have worked to develop state assessments that ask students to write more, to read more challenging texts, to demonstrate their problem solving skills in math, and to do more critical thinking.  In New York, we haven't increased the number of tests the state administers, and virtually all of the tests we give are required by federal law.

“Testing should be the minimum necessary to inform effective decision-making in classrooms, schools and districts. Earlier this year, the Board of Regents asked for and received a waiver from the U.S. Department of Education to eliminate double-testing for our accelerated 8th grade math students.

“Unfortunately, due to various pressures at the federal, state and local level, local testing has increased in many districts in New York, and this additional local testing does not always support good instruction and sometimes even crowds out time for student learning.  We've also introduced a grant program to help reduce non-essential local testing in hundreds of school districts across the state. More important, these grants will help teachers teach more and test less, which is exactly what our students need."

In August, King announced thirty-one grant awards totaling $9.2 million under New York State’s “Teaching is the Core” initiative.  The grants are funded through New York’s federal Race to the Top grant, support local districts’ efforts to eliminate locally adopted tests that do not contribute to teaching and learning. In addition, these funds are helping districts and district consortia identify and improve high-quality assessments already in use that can be included as a component of multiple measures of student learning and school and educator effectiveness.  Awardees include 25 BOCES, representing 257 districts, four large city school districts (Buffalo, Syracuse, Rochester, and Yonkers) and two additional school district consortia (Binghamton CSD and Williamsville CSD).

Earlier this year, the State Education Department sent every school district and BOCES in the State a Testing Transparency Report that identifies locally-selected tests that could be eliminated or replaced with more performance-based assessments, such as essays or projects, consistent with each district’s instructional vision.

Consistent with the actions taken by the Board of Regents and the Department, a number of New York State districts have already acted locally to reduce unnecessary testing.  65 percent of districts who submitted material changes to their evaluation plans for the 2014-15 school year have done so in order to reduce unnecessary testing and to use higher quality assessments.

Following is a list of the districts and consortia receiving “Teaching is the Core” awards.