Zeldin: "President Trump’s decision not to recertify the Iran Nuclear Deal was the right decision for America’s best interests." 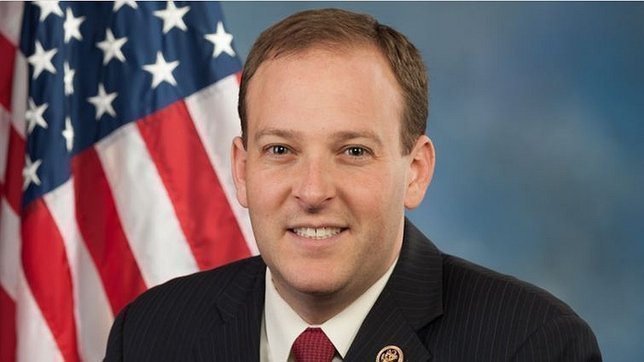 Long Island, NY - October 13, 2017 - Congressman Lee Zeldin (R, NY-1), member of the House Foreign Affairs Committee, released the following statement today after President Donald Trump announced his decision not to recertify the Joint Comprehensive Plan of Action (JCPOA), or Iran Nuclear Deal. In order for the deal to be continued, every 90 days, the current administration must recertify that Iran is fully implementing the agreement, and that the suspension of sanctions is both proportionate to the measures taken by Iran to end its illicit nuclear weapons program and vital to protect U.S. national security as part of the Iran Nuclear Agreement Review Act of 2015 (Public Law 114–17), which was passed and signed into law last Congress. The next certification was due to Congress this week, on October 15th.
“President Trump’s decision not to recertify the Joint Comprehensive Plan of Action (JCPOA), otherwise known as the Iran Nuclear Deal, was the right decision for America’s best interests. The JCPOA in its current form is deeply flawed and one sided for what is in the agreement, and deeply flawed and one sided for what is not in the agreement. It is not a pathway for how to prevent Iran from acquiring a nuclear weapon. It is a blueprint for how Iran can acquire a nuclear weapon.
This ‘deal’ propped up the wrong regime, providing Iran, the world’s largest state sponsor of terror, with a jackpot of up to $150 billion in sanctions relief, without even asking for a signature. The JCPOA in its current form fails to address any of Iran’s other bad activities, including overthrowing foreign governments, illegally test firing Inter Continental Ballistic Missiles, blowing up mock U.S. warships, seizing one of our naval vessels and subsequently holding hostage and publicly embarrassing 10 American sailors, pledging to wipe Israel off the map, and chanting Death to America in their streets on their holidays, all while unjustly imprisoning American citizens. Since the JCPOA was entered into, Iranian aggression in the Middle East, including Iraq, Syria, and elsewhere, has only increased. These bad activities have only gotten worse, since all of the leverage that brought the Iranians to the table was negotiated away under the JCPOA.
There are many flaws with the terms of the agreement. The verification regime must become adequate and transparent, and Americans should know what the verification agreement is. You cannot support a deal based on verification when you don’t even know what the verification is. Even former Secretary of State John Kerry admitted he hadn’t read it when I questioned him about the JCPOA at a House Foreign Affairs Committee hearing in the last Congress. We also now know that Iran is able to inspect some of their own nuclear sites and collect their own soil samples, and that U.S. weapons inspectors are not allowed on the inspection teams. There are also massive issues with sunset clauses, access to Iran’s military sites, and much more.
Many of Iran’s other bad activities will need to cease. In the days to come, if Iran is serious about helping turn the JCPOA into a truly reasonable agreement, then they need to make those intentions clear, both in private conversations with the United States and other nations of the P5+1, as well as in their public rhetoric. No games. If Iran does not want to save the JCPOA then the sanctions should immediately ramp back up and I am confident that our foreign allies will assist. I have always believed that a better deal was necessary and obtainable. Even no deal would have been better than the JCPOA in its current form.”