Suffolk County will shortly complete work on an important pedestrian safety and mobility project along Nicolls Road (County Road 97) in Setauket and Stony Brook that Legislator Kara Hahn successfully advocated for including in the ... 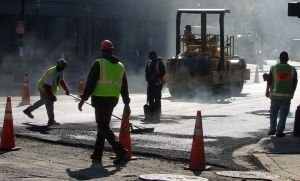 Setauket, New York – Suffolk County will complete work within the next week on an important pedestrian safety and mobility project along Nicolls Road (County Road 97) in Setauket and Stony Brook.  The improvements made along this busy corridor include the addition of curbing, sidewalks and guardrails from the roadway’s intersection with Sheep Pasture Road/North Entrance Road northward to its terminus at Route 25A.  The project was authorized under Suffolk County Capital Project 5497 that Legislator Kara Hahn successfully advocated for including in the adopted 2013-2015 Capital Budget.

“This project will protect pedestrians utilizing Nicolls Road and link the Stony Brook University campus to the greater community,” said Legislator Hahn.  “By providing sidewalks here, pedestrians will no longer have to walk in a vehicle travel lane, which threatens their safety and impedes the flow of traffic.”

Construction was completed a year ahead of schedule due to the high priority these improvements were deemed to be by Legislator Hahn, County Executive Bellone, the Suffolk County Department of Public Works and Stony Brook University officials.  Under the adopted capital program, funding for planning was allocated in 2013, with construction being done in 2014.  However, that timeline was sped-up in recognition of the importance these upgrades will have.

According to Gilbert Anderson, Commissioner of Suffolk County Department of Public Works, “The Department was able to fast track this project with the help of the County Executive’s and Legislator Hahn’s offices.”

Local businesses should also see an economic benefit from the completion of this project, with Nicolls Road becoming less of a physical barrier for non-driving students.  On-campus residents will now have improved access to the shops, businesses and amenities within the surrounding business districts of Setauket and Stony Brook.

"The new sidewalks, curbing and guard rails on Nicolls Road will protect students and pedestrians who visit and patronize shops and restaurants in town," said Stony Brook University President Samuel L. Stanley Jr., M.D. "I wish to express appreciation to Legislator Hahn for her efforts and advocating the safety needs for the campus and for the community. Safety is a top priority for Stony Brook University and thanks to Legislator Hahn's tireless efforts, there will be less students and pedestrians at risk in this high-traffic pedestrian area of Nicolls Road."

This is the second major initiative that Suffolk County has taken recently to expand Stony Brook University’s access to local attractions.  In 2012, Suffolk County Transit began offering expanded Saturday bus service on certain routes, at no additional charge to students, through a financial agreement with the University.

In addition to serving the Stony Brook University community, the new sidewalks along CR 97, in conjunction with safety improvements made by New York State along Route 25A, will allow patrons of the soon to be completed Setauket to Port Jefferson Station Greenway Trail to safely travel to the campus where they can continue along the University’s vast network of walking and bicycling trails.

Subsequent Nicolls Road safety improvements are planned for 2014, including the installation of guard rails south of the current work zone, which Legislator Kara Hahn sponsored in the adopted 2014-2016 capital program as a member of the budget working group.