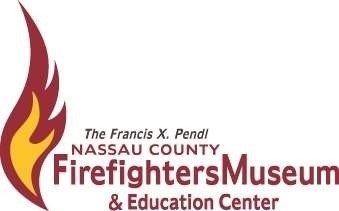 According to National Fire Protection Association (NFPA) statistics, half of all U.S. home fire deaths occur at night between the hours of 11:00 p.m. and 7:00 a.m., when people are most likely to be sleeping. Having a working smoke alarm in the home cuts in half the risk of dying in a fire. These facts underscore the extreme importance of having working smoke alarms in all bedrooms.

“Because fires frequently happen when people are asleep, having working smoke alarms in every bedroom is a critical part of home fire safety,” said Chief John V. Murray, Chief Instructor for the Nassau County Firefighters Museum & Education Center, who notes that three out of every five U.S. home fire deaths resulted from fires in homes with no smoke alarms or no working smoke alarms. “Smoke alarms can make the difference between life and death in a fire by alerting people in enough time to escape safely, but first they need to be installed in all the required locations, including all bedrooms, and second, they need to be working! Fire Prevention Week presents the perfect opportunity to better educate the public about this potentially life-saving message,” said Murray.

About the Francis X. Pendl Nassau County Firefighters Museum & Education Center
The nearly 10,000 square-foot teaching facility features hands-on displays, historical fire equipment and live demonstrations on fire prevention and fire safety techniques.  Since opening in June of 2006, more than 100,000 visitors of all ages have been taken step-by-step through a working fire, from alarm activation and emergency call to the “knocking down” of flames at the scene.  Exhibits also trace the evolution of fire service equipment, gear and apparatus. The Nassau County Firefighters Museum & Education Center makes learning fire safety - fun!  www.ncfiremuseum.org/