On Sunday, October 27th 2013 at 2:00 PM, Anton Del Forno will perform his "Flirtation Concerto" for guitar and orchestra with the Gemini Youth Orchestra under the baton of Matthew Pierce at the Dix Dills ... 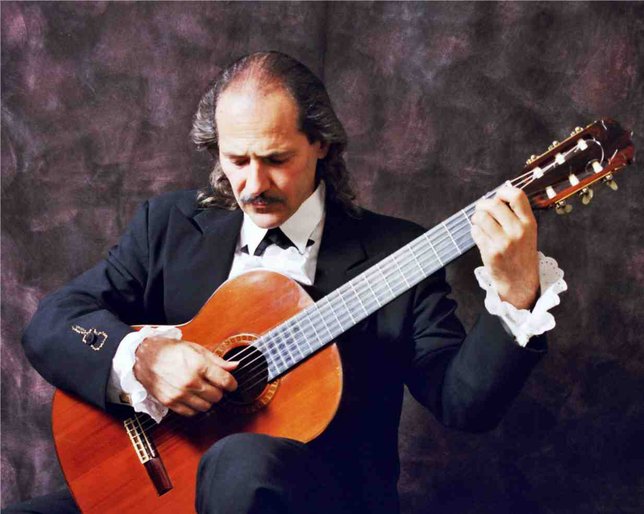 Del Forno successfully composed and orchestrated a concerto for guitar and orchestra known as his ‘Flirtation Concerto’. Written in to the score of the second movement is an angelic choral section and the third a fascinating flamenco dancer. It's very lively, interesting, dynamic and captivating.

In today’s world a composer would write the music and dedicate that piece to a specific virtuoso.  For example: Composer Roberto Sierra wrote and dedicated a new guitar concerto to Manuel Barreuco. Christopher Rouse composed one for Sharon Isbin.  Guitar concertos were also written for guitarists Christopher Parkening, Elliot Fisk and Angel Romero. Del Forno composed, orchestrated, and performs in his own guitar concerto in concert.

Del Forno wrote many pieces for classical guitar.  All his music shows originality in their development, and a thorough knowledge of the classical guitar, while showing off all the guitar’s capabilities as a concert instrument.

The Classical Guitar Review stated.   Del Forno’s music is poignant and they were no way prepared for the quality of his own compositions.  The International Musicians Magazine wrote:  Del Forno continues to enrich the guitar repertoire through his original compositions and transcriptions while continuing the tradition set forth by his predecessors namely, Sor, Guiliani, Carcassi Paganini, Tarrega and Villa-Lobos.

For Tickets: contact the Box Office at 631-656-2148, order online from the Dix Performing Arts Center’s website,or from the Del Forno website.