The controversial Republican and Democratic contenders for the Oval Office in November's elections set to square off for the first time on Long Island. 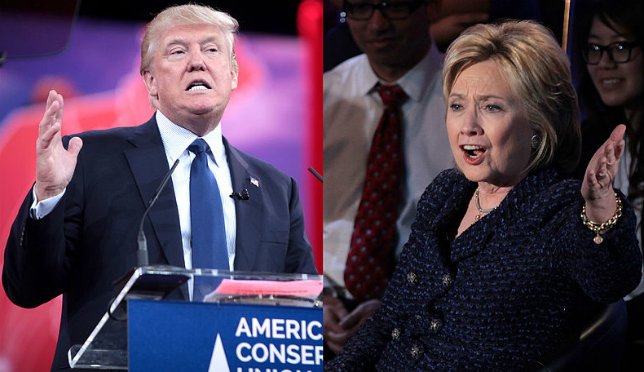 Presidential hopefuls Donald Trump and Hillary Clinton are set to go head-to-head in their first debate at Hofstra University on Sept. 26.

With the 2016 Presidential elections shaping up to be one of the most hotly-contested – and controversial – in U.S. history, it’s only natural that the first official public debate between the Republican and Democratic candidates vying for the White House – billionaire businessman and reality television star Donald Trump and former First Lady and Secretary of State Hillary Clinton – would be one of the biggest meetings in political history. And Long Island’s very own Hofstra University has the huge honor and responsibility of hosting this event on September 26 – fewer than two weeks away.

Hofstra is actually no stranger to political debates of this caliber, however; in the 2008 presidential race the Hempstead-based University hosted the third Presidential debate between candidates Barack Obama and Senator John McCain, and in 2012 they hosted of the Town Hall-style debate between President Obama and governor Mitt Romney.

For this year’s elections, Hofstra actually started out as an alternate debate site as designated by the Commission on Presidential Debates; however, they were quickly asked to take over as the site of the first meeting between Trump and Clinton after the initial host had backed out, according to Karla Schuster, Hofstra’s Assistant Vice-President for University Relations.

“We applied, as we did in 2008 and 2012, to be a debate host, as did many other universities in the country. In 2008 and 2012, we were chosen to be debate sites,” she said. “In 2014 we applied again, and at the end of cycle we were originally chosen as an alternate, which means that if the other institution that was tapped to be a debate host was not able to do so for whatever reason, we would step in, and that is exactly what happened. Wright State University in Ohio had been chosen to host the first debate, and when they were unable to do it and the Commission on Presidential Debates came to us on July 19th of this year and told us that we were up.” 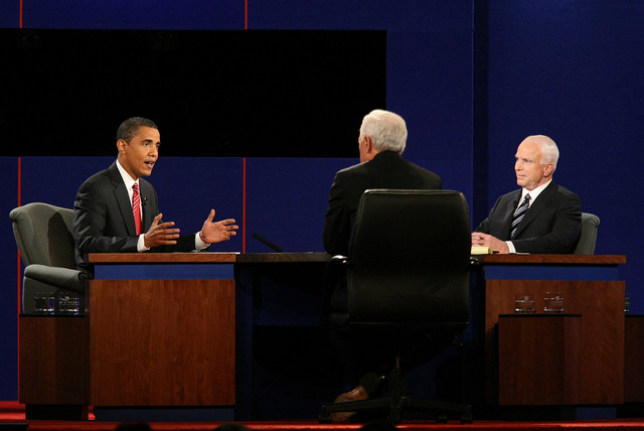 While most universities get at least a year's notice in advance of a presidential debate, the fact that they were initially chosen as an alternate left Hofstra with a mere six weeks to prepare for Trump vs. Clinton. However, Schuster said that their previous experience at hosting this caliber of event left Hofstra more than able to set things up at the very last minute.

“We did have shorter notice than normal, but we had been designated as an alternate more than a year ago, so we certainly understood that this was possible, and we were prepared for it,” she said. “In addition, having hosted two presidential debates before, we had a good understanding of what was expected, and that made things a little less challenging than they would have been normally.” 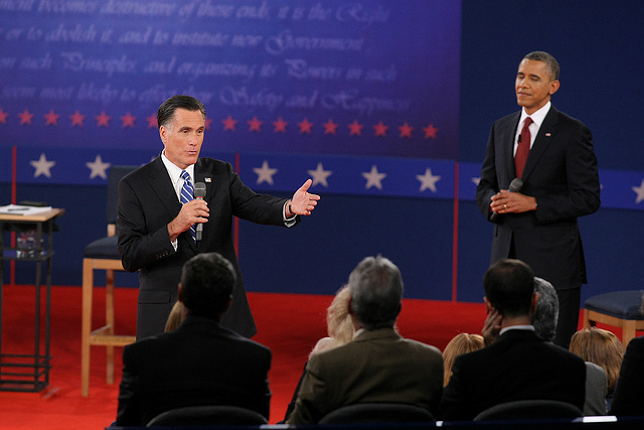 Indeed, despite their readiness, Hofstra is slated to be the epicenter of a historical event; in recent U.S. history, there have never been two candidates for the Presidency who have split the voting public in half on nearly every conceivable issue. The hot-button topics this election cycle – including immigration, national security, combating terrorism, the economy, healthcare, and more – are threatened to be overshadowed by the larger-than life personalities of Trump and Clinton, with charges of corruption, bigotry, and more being levied by each opponent at one another. The American public, meanwhile, has been transfixed upon the proceedings as the two candidates are running practically neck-and-neck in current polls, with Trump and Clinton’s respective camps trading barbs and insults with each other on a daily basis.

The Commission on Presidential Debates is producer of the Trump/Clinton event – again, the very first fact-to-face public debate by this dynamic duo – and tickets are not available to the general public; current students at Hofstra entered a random lottery for a chance to attend. In addition, Hofstra itself institution gets a certain allotment of passes, which are only given to current students. The remaining tickets are distributed by the Commission on Presidential Debates, and are typically given to party officials as well as other individuals involved in the campaigns. 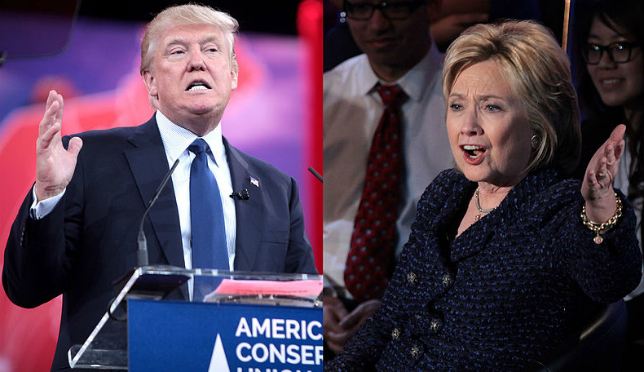 Taking advantage of providing their students the opportunity to be at the ground floor of a history-making event, Schuster said that Hofstra is providing a number of programs leading up to the debate designed to enrich the experience for their student body in a number of different ways.

“Leading up to the debate, we're going to have two weeks of events...at least 40 different events, comprised of major speakers and analysts who are addressing all of the key issues that are part of this election cycle,” she said. “We hope these discussions will help our students get more engaged in not only the fact that we're hosting a debate, but in the political process itself. For example, to enter the student ticket lottery, you must be registered to vote. So we design programming around the fact that the debate is a catalyst for getting our students to be more civically engaged, and we hope, better informed.”

Obviously, Security on campus the day of the event will be a tight and complexly structured affair, with multiple levels of federal and local law enforcement quite active on the Hofstra campus, all of them working in close communication with one another, Schuster said.

“Security that day is a joint effort, led by the U.S. Secret Service,” she said. “It's a joint effort between the Federal, State, local, and campus law enforcement, all working together.”

Being chosen to host the first-ever Donald Trump/Hillary Clinton Presidential debate is a distinction that Schuster noted sets Hofstra apart from many other Universities in terms of the experiences that they can offer their student body; in addition, she said, it is a responsibility that will be taken extremely seriously considering the fact that the whole world will be watching that day.

“We will be the first and only University to ever host three consecutive presidential debates, which is an extraordinary honor,” she said. “The reason why we do this is for our students, because we know from past experience the kind of transformative experience it is for students and anyone in our community. We know from talking to alumni that were here for the past two debates that these events have impacted their lives in amazing ways...many have gone on to work for advocacy groups, politicians, and government, as well as students that have gone on to become journalists and are actually coming back to this campus is to cover the debate as professionals. It’s truly amazing.”