Three-Legged Rescue Dog with a Cause, and Inspiration of Family Film, Proves Dogs Really Can be Man’s Greatest Teacher

Since his rescue in late 2010 and after his heart stopped beating during surgery, Marshall the Miracle Dog’s life mission has been to inspire children to be kind to themselves and others and to act ... 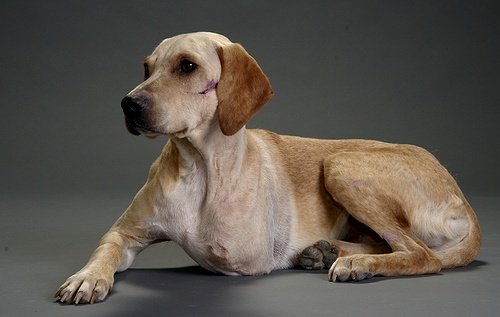 Long Island, NY - September 14, 2015 - Since his rescue in late 2010 and after his heart stopped beating during surgery, Marshall the Miracle Dog’s life mission has been to inspire children to be kind to themselves and others and to act with courage to stop bullying.  After his award winning children’s book released in 2012, it was no surprise the theatrical release of his film, Marshall’s Miracle, did so well at the box office.  Now in time for National Bullying Prevention Month, Marshall’s Miracle DVD will release October 6th and Bullying Prevention experts have developed follow up discussion questions to encourage parents and children to have conversations after viewing together.

Marshall’s story is nothing short of miraculous. Now, he has a greater purpose to serve following his rescue from an animal hoarder who kept him with 60 other dogs in deplorable, life-threatening conditions. After being rescued by the Humane Society of MO, Marshall was rushed into surgery, where he actually died three times on the operating table before successfully surviving.  Now, as a three-legged, scar-faced, but loveable dog, Marshall is on a mission. Now an AKC Certified Therapy Dog, he has visited over 400 schools (130,000 students). Since he cannot be everywhere he is invited to be, the Marshall Mentor Program has been developed, an anti-bullying program based on Marshall’s cornerstone messages (Empathy, Perseverance, Kindness, Forgiveness).  Because real change takes collaboration, Marshall works with many national organizations including the Girl Scouts of America, 4-H, Pet Shelters Across America and PACERs National Bullying Prevention Center, just to name a few.

Marshall’s owner, Cynthia Willenbrock, commented, “When I adopted Marshall, I was told there must be a reason he fought so hard to survive – a bigger purpose.  It didn’t take long to see the immediate connection Marshall made with children and adults. It was clear what needed to be done. Shortly after writing his children’s book, I quit my pharmaceutical sales job in order to share Marshall with others. I witness Marshall’s ‘minor miracles’ in the lives of others everyday – the stories are countless!”

The film, Marshall’s Miracle, based on Marshall’s true story, and shares the adventure of Finn, a 13-year-old boy, who has become the target of bullies at his new school.  Finn is feeling hopeless – that is, until he finds Marshall being caged up by a dog-hoarder. The bond of friendship is immediate. Finn knows he must rescue Marshall, but Marshall has been abused by the other dogs and needs to see the vet right away. The race against the bullies, against the dog hoarder, and against time, is on. In the end, Marshall leads everyone to a place of change, forgiveness, and friendship. The film stars Shannon Elizabeth (American Pie), Lauren Holly (NCIS, Dumb and Dumber), Matthew Settle (Gossip Girl, Band of Brothers), and award-winning comedian Bill Chott, as well as Lucas Carroll (The Informant).

Praise has followed Marshall’s Miracle: Finished Number One at the Box Office opening weekend (Chicago);  won the “Audience Choice Award for Best Film” at the St. Louis International Film Festival; “Best Family Film” at the Wild Rose Film Festival; and the St. Louis Post Dispatch and Belleville News Democrat hailed it as the “Best Family Film” of 2014.  The Dove Foundation awarded the film "4 out of 5 Doves", and approved it for “all ages".