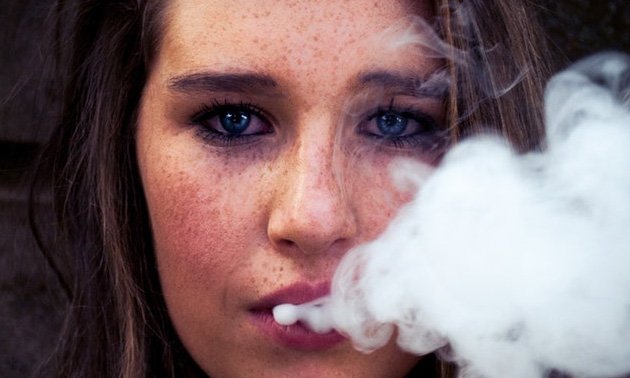 Vaping is causing concern among many Long Islanders and one township is proposing to do something about it.

The dangers of vaping is becoming a national concern after deaths and serious illnesses are being reported more and more often across the country and one local municipality is taking action.

It's hard not to find stories on social media lately about parents who have watched as children become seriously ill, with no obvious cause until a vape is found to be the culprit.

Even former New York City mayor Michael Bloomberg is sounding the alarm with an Op-Ed in the New York Times on Tuesday. Bloomberg called it “an urgent health crisis, and tobacco companies are behind it.”

“Banning flavored e-cigarettes is the most important thing we can do to reduce use among young people,” Bloomberg wrote.

He cited other cities that have already passed bans like San Francisco and the state of Michigan, which recently became the first state to ban flavored e-cigarettes.

The reports on usage are alarming.

The Centers for Disease Control (CDC) has reported that 1 in 5 high school students are vaping. They also said that 1 in 20 middle schoolers also use e-cigarettes.

Recently, the CDC published a new report about an outbreak of lung disease due to e-cigarette use. They said that over 450 possible cases of lung illness associated with the use of e-cigarette products have been reported to the CDC from 33 states and 1 U.S. territory and five deaths have been confirmed in California, Illinois, Indiana, Minnesota, and Oregon.

With these precedents in mind, and the alarm bells now being rung, the Town of Hempstead is poised to pass new legislation.

If passed it would make Hempstead Town the first municipality on Long Island to enact a ban. Council members were supported by advocates from Parents Against Vaping E-Cigarettes (PAVe), community leaders, and medical professionals, including NYU Langone Pediatrician Dr. Robert Lee.

“For months, we have seen countless disturbing reports of young people and teenagers being hospitalized with severe respiratory illnesses due to vaping,” said King Sweeney. “We must stop the sales of these e-liquids here in the Town of Hempstead.”

There is a public hearing on the matter scheduled for the September 24th Town Board meeting. The proposed local law will call for the prohibition on sales of e-liquids or electronic aerosol delivery systems containing e-liquids within the Town of Hempstead by January 1, 2020.

“The long and short term health risks [of e-cigarettes] are still not fully known, but recent incidents have indicated serious and permanent lung damage may occur,” said Hempstead Town Medical Director David Neubert. “These products pose a significant public health risk, and restricting their availability will save lives by reducing exposure to these harmful chemicals,”

For decades, cigarette smoking has been on a downward trend. The American Lung Association says that tobacco use has generally decreased over time. But officials are worried that e-cigarettes might cause a reverse the decline, especially among youth.

The Town of Heampstead noted that according to surveys by the National Tobacco Youth Survey, 31 percent of those surveyed said that the fruit and other flavors were among the most commonly selected reasons for use. Despite laws against the sale of vaping products to minors,  45 – 67 percent of students between 8th and 10th grades surveyed by the National Institute of Drug Abuse (NIDA) said that the products were “fairly easy” or “very easy” to get.

Parents Against Vaping E-Cigarettes (PAVe) members Dorian Fuhrman and Meredith Burkman offered their support for the initiative as a major step forward to protect children’s health.

“We are so grateful to Councilwoman Erin King Sweeney for her tireless efforts to protect the youth of Hempstead from the predatory practices of e-cigarette and vaping companies,” they said in a statement calling it “Big Tobacco 2.0.”

Passing the flavor ban would help to slow the “skyrocketing youth vaping epidemic, the most serious adolescent health crisis our country has faced in decades…”

“If passed, Hempstead would be one of the first municipalities in New York State to take decisive action against Big Tobacco 2.0,” PAVe said in their statement.