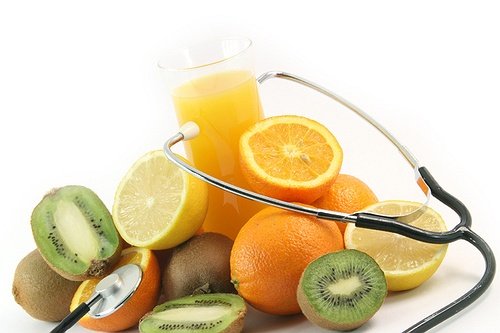 A new study published by the journal Nutrition and Diabetes this week shows that it may be possible to undo addiction to unhealthy foods while increasing preference for healthy ones. The study, conducted at the Jean Mayer USDA Human Nutrition Research Center on Aging at Tufts University and at Massachusetts General Hospital, demonstrated that adoption of a healthier diet could result in reduced cravings for unhealthy foods and greater affinity for healthy options.

Thirteen overweight and obese participants between the ages of 21 and 65 were split into a control group consisting of five individuals and an “intervention group” consisting of eight. While members of the control group received no assistance in their dietary habits, the intervention group set out with a goal of reducing food intake by 500-1000 calories per day. A combination of portion-controlled menus, recipe suggestions, and group meetings with nutrition professionals to promote healthier eating was used to attain this goal.

At the beginning and end of the six-month trial period all participants underwent MRI brain scans. After the six month trial concluded scans of the intervention group revealed that the “reward center” of the brain had become more sensitive to healthy, low calorie foods—showing a heightened sense of reward and enjoyment from nutritious options—and decreased sensitivity toward unhealthy, high calorie options.

The control group showed no such alteration.

Thilo Deckersbach, the study’s first author, explained that the success of the study shows progress in understanding how to shift preferences from unhealthy to healthy foods after a lifetime of conditioning toward less nutritious options. In reversing preferences from unhealthy to nutritious options the results differ from surgical procedures such as gastric bypass, which indiscriminately reduce food enjoyment on the whole.

More research will need to be done on the subject to test the validity of initial results, including long term follow-ups with the study’s participants and additional research with larger sample sizes, but the early results show promise for developing techniques that could help individuals enjoy healthier lifestyles.