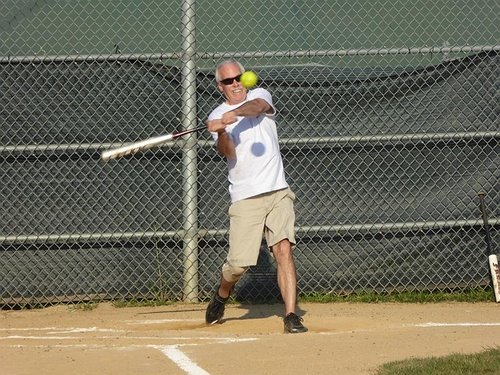 Each legislator participating in the game had their respective legislative district emblazoned on their t-shirts so onlookers could easily identify the representation from all over Suffolk County.  In addition to the legislators and the County Executive, family members and employees from the respective branches made up the teams.

The game’s organizers explained that the event – which was quite popular in previous years – was brought back due to popular demand.  After witnessing the excitement of this morale and friendship-building event, the participants and spectators were amazed how this event ever fell by the wayside in the past.

“This was a really fun way to get to know each other a little better, and it also taught us an important lesson,” said McCaffrey.  “By joining forces in the tournament, we showed each other how we can certainly work together in a bipartisan fashion towards shared goals.”

Despite having a great time outdoors with their colleagues, the legislators (the “Legislayers”) were defeated by their rivals.  The County Legislature hopes to return next year for another round of fun in the sun, and hopefully leave the ballfield as champions.

“This is a tradition that must be kept alive and well,” added McCaffrey. “I have no doubt that it is here to stay.”