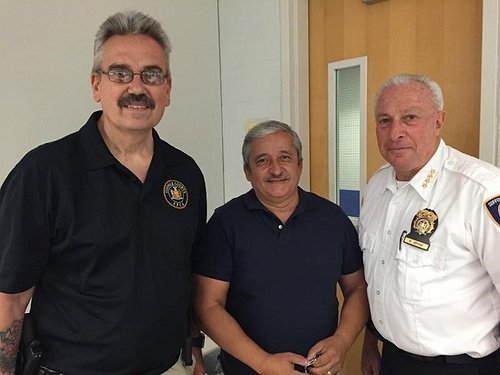 Chief Roy Gross of the Suffolk SPCA said that the training was necessary due to the recent investigations conducted by the SPCA into alleged ritualistic animal killings in Suffolk County.

On hand to present the program was Marcos Quinones, author of The Goddess of Death: La Santa Muerte. Quinones currently trains law enforcement agencies throughout the world on cult and occult activities.  His work has involved Satanic and vampire cults, religious cult activities, and ritual crimes involving murder, animal abuse, and child abuse.

The training was attended by representatives from various law enforcement agencies from Suffolk and Nassau Counties.

Gross said that anyone with information can call the Suffolk County SPCA at 631-382-7722 and that all calls will be kept confidential.