Mangano: "Nassau County will not tolerate any Anti-Semitic or bias crimes should they occur here in our communities." 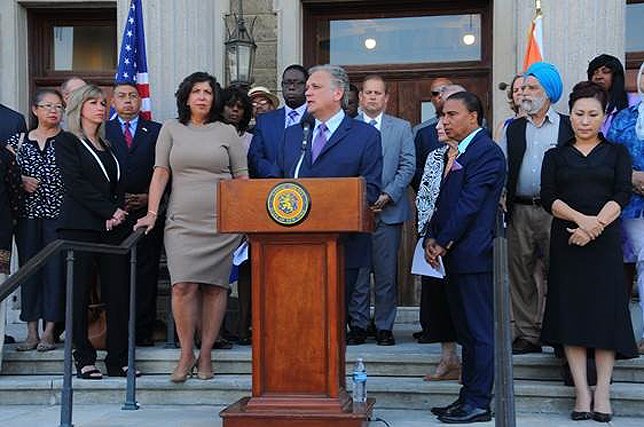 Nassau County Executive Edward P. Mangano, politicians and civic leaders held a vigil against discrimination and hate on the front steps of the Theodore Roosevelt Executive and Legislative Building on Wednesday, August 16th.