A judge has ruled the NYPD’s use of Stop and Frisk unconstitutional, but the practice will not be eliminated. 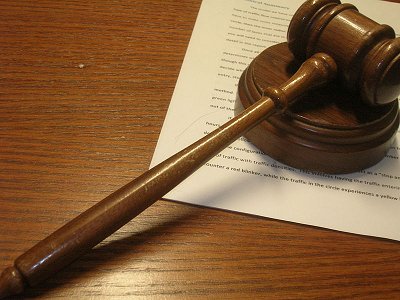 In the case of Floyd, et al. v. City of New York, et al., four individuals formed a class action lawsuit against Police Commissioner Raymond Kelly, Mayor Michael Bloomberg, and the City of New York after allegedly being searched unreasonably. US District Judge Shira Scheindlin handed down a decision this morning on the legality of the New York Police Department’s practice of stopping seemingly random pedestrians and searching their persons for weapons and contraband, declaring it a violation of constitutional rights.

“Stop and Frisk” was intended to work as a procedure in which police officers question an individual they suspect of being in the process of or having just committed a crime, then frisking that person for weapons if the officer feels he or she is in danger of physical harm. The actual results of the program, however, would indicate that it has not been used in a reasonable manner.

Of the 4.4 million stops which occurred between 2004 and 2012 more than half resulted in a frisk, but weapons were found in a mere 1.5% of these searches. Only 6% of the stops resulted in arrests, and 6% resulted in summonses. 80% of those stopped were black or Hispanic.

Bearing in mind the low incidence of actual crime associated with Stop and Frisk and the disproportionately high targeting of minorities, Judge Scheindlin ruled the practice a violation of both the 4th and 14th Amendments—protection from unreasonable search and seizure, and the guarantee of equal protection under the law.

“The City’s highest officials have turned a blind eye to the evidence that officers are conducting stops in a racially discriminatory manner,” said Scheindlin. “In their zeal to defend a policy that they believe to be effective, they have willfully ignored overwhelming proof that the policy of targeting ‘the right people’ is racially discriminatory and therefore violates the United States Constitution. One NYPD official has even suggested that it is permissible to stop racially defined groups just to instill fear in them… in the hope that this fear will deter them from carrying guns.”

Despite the constitutional violations that have occurred thus far the judge did not order an end to Stop and Frisk, instead choosing to offer remedies designed to ensure the practice is done in a way which protects the rights and liberties of New Yorkers while still enabling police to protect themselves and others. Among those remedies was the appointment of a lawyer to study the use of Stop and Frisk, reporting back to the court and every six months filing a public report. Scheindlin said an officer “must be able to articulate something more than an inchoate and unparticularized suspicion or hunch” before intruding on a citizen’s liberties. Immediate modifications to the NYPD’s policy and a joint-remedial process to examine further reform were also ordered by the judge.

Scheindlin concluded that “The idea of universal suspicion without individual evidence is what Americans find abhorrent and what black men in America must constantly fight. It is pervasive in policing policies… regardless of the collateral damage done to the majority of innocents. It's like burning down a house to rid it of mice.”