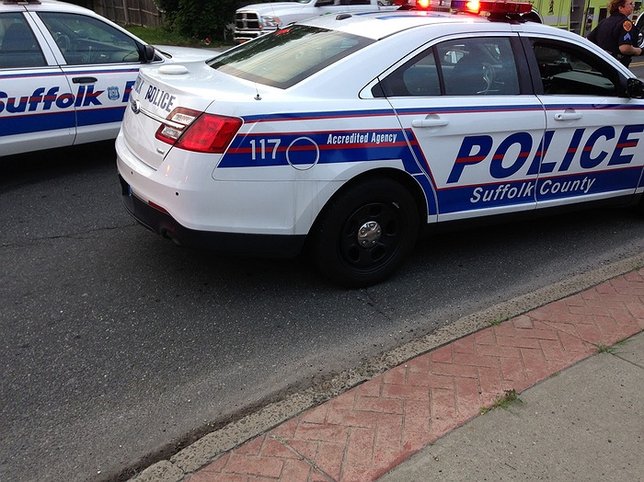 Miller Place, NY - August 7, 2016 - Suffolk County Police Sixth Squad detectives are investigating a crash that seriously injured a girl in Miller Place tonight. Kevin Denton was operating a 2003 Dodge minivan eastbound on Route 25A at approximately 7 p.m. when his vehicle was struck by a 2013 Ford van operated by Brian Schember, who was traveling westbound on 25A and attempting to make a left turn onto Miller Place Road.

Schember, 20, of Miller Place, had two residents from the Hudson Group Home in Coram in the vehicle.

Denton, 41, of Port Jefferson Station, an adult passenger and five children were transported to Stony Brook University Hospital. A four-year-old girl suffered serious eye and facial injuries. The injuries of the other passengers in his vehicle were minor.

The two passengers in Schember’s vehicle were transported to John T. Mather Memorial Hospital in Port Jefferson with minor injuries. Schember did not need medical attention.

The vehicles were impounded for safety checks. The investigation is continuing.