Peter, Paul and Mary’s Peter Yarrow on Tom Needham’s The Sounds of Film

Legendary musician, activist and writer, Peter Yarrow, will be Tom Needham’s guest this Thursday on WUSB’s The Sounds of Film. 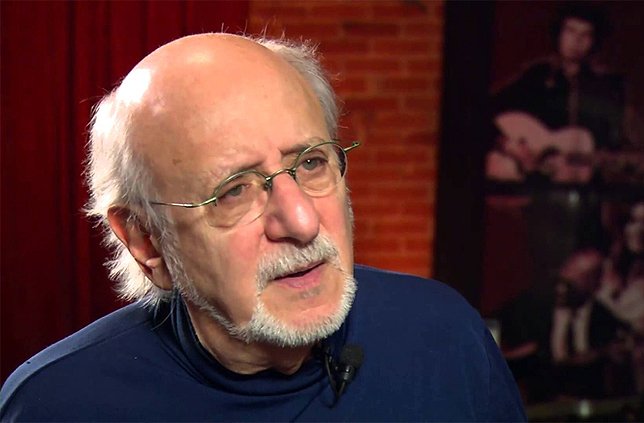 Stony Brook, NY - August 2nd, 2017 - Peter, Paul and Mary’s Peter Yarrow will join Tom Needham this Thursday at 6 P.M. on WUSB’s the Sounds of Film. He will be discussing his successful music career, activism and various side projects.
Peter Yarrow is internationally known as a member of the hugely successful trio, Peter Paul and Mary. The iconic 1960’s folk trio’s debut album, “Peter, Paul and Mary,” was an instant success, and eventually earned a double platinum certification. Through the years, the group racked up a number of hit singles including “If I Had a Hammar,” “Puff (The Magic Dragon),” “Blowin’ in the Wind,” and “Leaving on a Jet Plane.” Director Jim Brown directed a popular documentary about the group for PBS called “50 Years with Peter, Paul and Mary.”
Peter Yarrow also has a long career as an activist for various causes.  He was involved in the Civil Rights Movement, and famously marched with Martin Luther King Jr. in Selma, Alabama. Through the years, he has also been supported the anti-war and anti-nuke movements, as well as the Occupy Wall Street Movement.
He has also been involved with various media projects. He produced three CBS TV specials based on his song, “Puff the Magic Dragon.” In 2015, he played a leftist-intellectual in the film “While We’re Young.”  Peter Yarrow, along with Melanie and Long Island's Patricia Shih, will be performing at the Suffolk Theater on Sunday August 6th.
About the Sounds of Film
The Sounds of Film is the nation’s longest-running film and music themed radio show.  For the past 30 years, the program has delivered a popular mix of interviews and music to listeners all over Long Island, parts of Connecticut and streaming live on the Internet at wusb.fm. Previous guests include Don McLean, Pulitizer Prize-winning author Chris Hedges, director Jim Brown, composer Howard Shore, Marilyn McCoo, director Hal Hartley, Wallace Shawn, Billy Joel, Rev. Jesse Jackson and Truthdig's Robert Scheer.