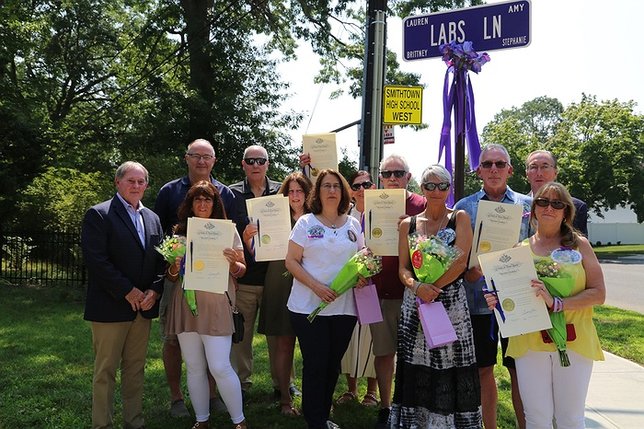 Families of the 2015 Cutchogue limo crash holding the enacted laws outside of the memorial dedicated to their daughters.

Photo by: Office of Senator Gaughran

This weekend, Senator Jim Gaughran joined families of the 2015 Cutchogue limo crash for the 6th anniversary.
As part of the service, Senator Gaughran presented copies of the signed laws, sponsored by Senator Gaughran, that enact critical safety measures for limos.
The families advocated for passage of the laws, traveling to Albany to testify at a hearing.
The laws presented were: