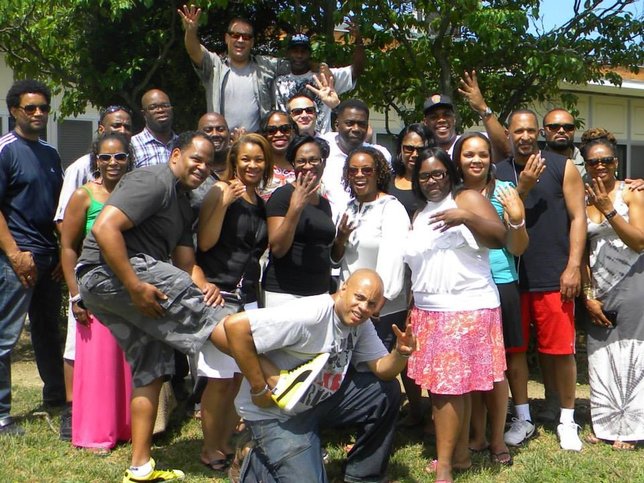 Uniondale, NY - July 23, 2014 - This past Friday, at around 8pm on a gorgeous summer evening in Freeport, New York, The graduates of Uniondale High School’s Class of 1984, came together to celebrate and commemorate their 30th High School Reunion. But they decided to take it a step further. Instead of having the celebration at a traditional catering hall, The Committee Members of the Uniondale High School Class of 1984, Ms. Kimberly Nelson, Mr. Donald Jarmond, Mr. Patrick Alexandre and Mr. Keith H. Burgess, came together every other week as far back as January via conference call and Google Hangout, agreed that their class should celebrate their 30th High School Reunion in a non-traditional fashion: out on the waters of the Nautical Mile.
The Committee communicated with classmates through email, cell phone and social media. Once the invitations had been extended to everyone, the anticipation of the reunion caught wildfire, even for those who registered a few minutes before the boat set sail.  Some of the classmates called or emailed, stating they weren’t able to attend the festivities, due to schedule obligation and prior commitment, but a great number of graduates came out from all over the country, some coming as far as California, Texas, Arizona and Florida and up the east coast to reunite with old friends and class mates. The alumni’s and their guests boarded the 100 plus passenger Sapphire Princess, a 2-story yacht out of Captain Lou’s, located on 28 Woodcleft Avenue in Freeport, New York. As everyone was walking across the deck and boarding the vessel, The 6 person crew from Sapphire Princess beautifully decorated the dining area with the schools color(black and gold), as well as placing their 30 Year Reunion school banner and gift bags for the guest in full view as they all boarded.
Some classmates spent most of their time reminiscing outside on the deck, while others were out on the dance floor, taking pictures, listening to good music, eating great food, catching up with friends they haven’t seen since their graduation on June 21, 1984. While the class sailed for 4 hours under the moonlight sky, it was by far a landmark celebration for the Class of 1984, hailing out of 933 Goodrich Street in Uniondale. Mrs. Wilma Tootle, retired Assistant Principal from Uniondale High School, was unable to attend the event, but sent her well-wishes and stated how proud she was of the class for getting together and celebrating in such a great fashion. News Anchor from New York One, Cheryl Wills, who is a proud alumni of Uniondale High School, said she had a great time and was so happy to see all of her old friends at the reunion.
You can see photos of the 3 day reunion on the Uniondale High School Class of 1984’s website at uhsclassof1984.weebly.com