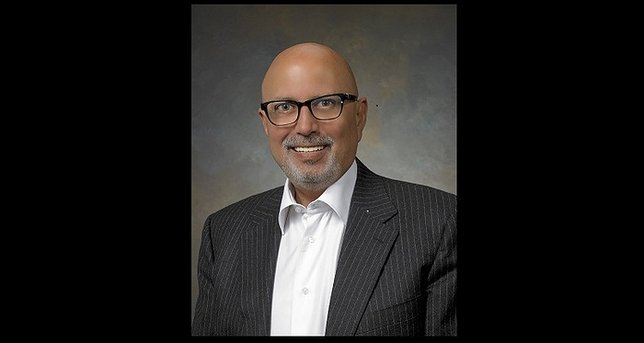 Schneiderman: This Office will continue to help communities emerge from the foreclosure crisis and its enduring legacy of zombie homes.

The Zombie Remediation and Prevention Initiative will provide $13 million in grants to local governments throughout the state through a competitive application process. The 100 communities with the greatest problem of zombies and vacancy have been invited to apply for the funds. The money will address housing vacancy and blight by bolstering municipalities’ capacity for housing code enforcement, for tracking and monitoring vacant properties, and for legal enforcement capacity to ensure banks and mortgage companies comply with local and state law.

The grants also require communities to develop innovative programs and policies and connect at-risk homeowners to services so they can avoid foreclosure and stay in their homes. The initiative coincides with the recent passage of the Abandoned Property Neighborhood Relief Act, a bill that was authored by Attorney General Schneiderman, championed by Senator Jeff Klein (D-Bronx) and Assemblywoman Helene Weinstein (D-Brooklyn), and signed into law by Governor Cuomo on June 23rd.

“Too many communities across this state have been hit hard by the proliferation of zombie properties,” said Attorney General Schneiderman. “This new grant initiative puts tools directly in the hands of towns and cities across the state to reverse course, rebuild from the foreclosure crisis, and put zombie homes in the rear-view mirror.”

Funding for the initiative will be drawn from the $3.2 billion settlement agreement with Morgan Stanley that Schneiderman, as co-chair of the federal-state working group on residential-mortgage-based securities, negotiated in February. That settlement generated $550 million in cash and consumer relief for New Yorkers.

The Local Initiatives Support Corporation (LISC) is running the grant program. LISC is a national community development intermediary that specializes in affordable housing, economic development, and community revitalization. LISC selected the grantees for this program based on the number of abandoned properties within the municipality; the proportion of such properties compared to the overall size of the municipality; and its level of general economic distress. All invitees must have populations of at least 5,000 residents and at least 100 vacant and abandoned properties.

Applications are due on Tuesday, August 16th, by 5 p.m. and award notifications will be made by early September 2016.

LISC expects to award grants in amounts ranging from $75,000 to $350,000, depending on the size of the municipality, the scope of its zombie problem, and its track record and capacity for addressing such issues. Each municipality must also include a prevention component in its application, to connect families to services that help families avoid foreclosure, including programs supported by the Attorney General, describe in more detail below.

There are at least 16,000 zombie homes across the state, based on data released by Realty Trac in 2015. Zombie homes invite crime, threaten public safety, and drive down the value of surrounding homes.  Studies have shown that each zombie property reduces the value of all homes within 750 feet by one percent.

The Zombie Remediation and Prevention Initiative is but one component of Attorney General Schneiderman’s broad strategy to help New York families and communities recover from the housing crash.  He has led the fight for strong bank settlements that hold the banks accountable for their recklessness and responsible for mitigating the damage they caused.  He has obtained settlements that brought more than $70 billion to communities across the country.

More than $5 billion of that settlement money has flowed into New York. It allowed the Office of the Attorney General to establish the Homeowners Protection Program, HOPP, in 2012, which currently funds 90 agencies across the state to provide legal services and counseling to help families stay in their homes. More than 62,000 families have been served to date; and nearly a third of them have mortgage modifications pending or approved.  In Central New York, HOPP has served 3,600 families.

That settlement money also established the New York State Mortgage Assistance Program (MAP) in 2014.  Since it began, MAP has provided $18 million in small loans to homeowners to clear other debts and qualify for mortgage modifications; it has prevented more than 650 foreclosures; and it has preserved $153 million in property value for nearby homeowners.

The Office of the Attorney General has allocated some $30 million from settlement monies toward land banks—local, nonprofit entities that purchase and rehabilitate abandoned properties that are a blight on communities across the state. Already, 16 land banks in communities from Erie to Suffolk County are working to return vacant properties to productive use, including the Syracuse Land Bank, which has obtained 1,000 properties, razed 100 of the most dilapidated, unsafe structures, and restored 270 to the market.

The initiative coincides with the recent passage of the Abandoned Property Neighborhood Relief Act, a bill that the Attorney General wrote, the Legislation passed and the Governor signed.  Among other provisions, that law requires banks to register any properties abandoned by their owners with the Department of Financial Services and to maintain those properties during the foreclosure process, and not just once the process has been completed.  Banks face significant fines for non-compliance.  The state will share the registry with localities and will run a toll-free hotline for individuals to report such properties.

“Rehabilitating blighted properties and putting them back into productive use improves the quality of life in our neighborhoods and generates more property tax revenue for municipalities,” said Mayor Stephanie A. Miner, City of Syracuse. “This grant program will support cities like Syracuse as we continue to deal with ongoing issues presented by zombie properties. I thank Attorney General Schneiderman for his ongoing commitment to housing issues faced across the State of New York.”

“The financial crisis might seem like a distant memory to some, but the vacant properties left in its wake are continuing to destroy the quality of life in many of our communities,” said Denise Scott, executive vice president with LISC. “Local leaders now have a strong policy framework, and LISC is helping deliver targeted resources and housing expertise, so neighborhoods can recover. We are gratified to be working closely with Attorney General Schneiderman’s office to help municipal leaders across the state take effective action against zombies.”

“Foreclosed and abandoned properties are a serious problem in our neighborhoods, affecting quality of life for residents and forcing localities to spend precious resources on monitoring them,” said Senator David J. Valesky. “I commend Attorney General Schneiderman for taking steps to address this issue. I am confident these grants will make a difference here in Syracuse and across the state.”

“Zombie properties have devastating impacts on our communities,” said Assemblywoman Pamela J. Hunter. “When they fall into disrepair at the hand of absentee banks, they attract crime and lower the property values of the surrounding homes. We need to invest in programs, like the one announced today, that will help our local municipalities and homeowners come together and fight against the blight caused by these zombie properties.”

“I commend Attorney General Schneiderman for his leadership in combatting zombie properties and blight in our communities,” said Assemblyman Bill Magnarelli. “As chair of the Assembly Local Governments Committee, I know firsthand the difference he has made in combatting this issue. His previous efforts provided our new Land Banks with significant capital investment to address abandoned and blighted properties. This new initiative will continue that work and provide our municipalities with the resources they need to end the scourge of zombie properties in New York.”

“The Zombie Remediation and Prevention Initiative will provide much-needed aid to communities across Central New York to help families stay in their homes,” said Assemblyman Al Stirpe. “I look forward to continuing to work with the Attorney General and with my colleagues in the Assembly to tackle the issue of zombie properties and strengthen our neighborhoods.”

“This funding finally gives local municipalities the ability to react and address the consistently problematic blighted properties in our communities that detract from our neighborhoods and property values,” said Mayor Billy Barlow, City of Oswego. “In Oswego, neighborhood revitalization and encouraging residential investment is taking place all over our community. Thanks to Governor Cuomo and Attorney General Eric Schneiderman, we now have an additional resource to expedite the entire revitalization process and combat homes that detract from our efforts.”

“As the Mayor of Auburn, I’m pleased to hear about the invitation to apply for funding to combat the plaguing issue of vacant and abandoned homes in our communities,” said Mayor Michael Quill, City of Auburn. “I applaud Attorney General Eric T. Schneiderman for his continuing effort to address and improve the housing troubles of many New Yorkers.”

“As Mayor for the City of Cortland, I hear frequently from constituents and I see on a regular basis the negative impact that a zombie property can have on an entire neighborhood,” said Mayor Brian Tobin, City of Cortland. “The Attorney General has heard the concerns of municipal officials throughout the great State of New York, and has consistently acted to help us with our zombie properties. I am grateful that the AG is offering funding opportunities to help us be more active in supporting our neighborhoods, and addressing this blight on all communities in New York.”

"On behalf of the City of Fulton, I appreciate Attorney General Schneiderman's continued effort in recognizing the problem communities face with the increase in zombie properties and the damaging effect it has on neighborhoods,” said Mayor Ronald L. Woodward, Sr., City of Fulton. “These vacant properties that have been allowed to stagnate for years help to devalue their worth as they are allowed to deteriorate.  These properties become a nuisance, attract criminal activity and aid in bringing down the quality of life for the residents in the area. I am thrilled to hear about the funding, and thank the Attorney General for his commitment to helping New York State communities.

“Abandoned properties negatively affect the quality of life and the market value of surrounding homes,” said Kerry Quaglia, executive director of Home HeadQuarters. “Addressing zombie properties will help restore Upstate New York’s neighborhoods and create an opportunity to improve the present and future needs of vacant buildings and the surrounding communities. We are grateful to NYS Attorney General Eric T. Schneiderman for providing another funding opportunity to revitalize communities.”

“Given the disproportionate impact of the foreclosure crisis on communities of color, we are excited to hear about the Attorney General's initiative to address the problem of zombie properties,” said Sally Santangelo, executive director of CNY Fair Housing. “Our cities have suffered too long with issues of vacancy and blight and we are encouraged to see the commitment of additional resources to improve our neighborhoods.”

“Years after the first wave of the mortgage foreclosure crisis, communities like Syracuse continue to struggle with zombie properties in our neighborhoods,” said Katelyn E. Wright, executive director of the Greater Syracuse Land Bank. “We're grateful for Attorney General Schneiderman's continued support for local governments tackling this problem. These resources will complement the recently passed zombie law and give us more tools at our disposal to take control of problem properties and turn them into opportunities.”