Todd & Jedd Wider, whose film To the Edge of the Sky make its world premiere at SBFF, and Kristina Borjensen, director of TWA Flight 800, will be the guests this Thursday at 6 PM ... 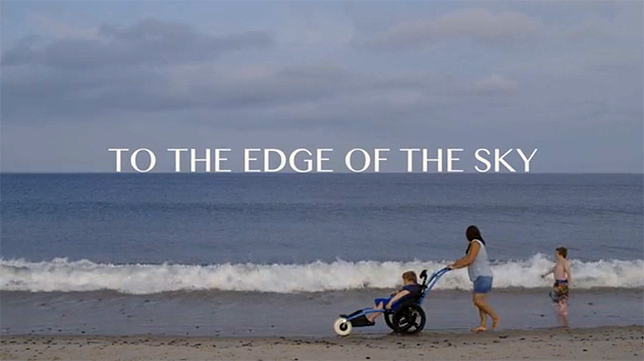 To the Edge of the Sky.

Photo by: Sounds of Film

Stony Brook, NY - July 20, 2017 - Long Island’s award-winning filmmakers, Todd and Jedd Wider, will be joining Tom Needham this Thursday on WUSB’s The Sounds of Film. In addition, to mark the anniversary of TWA Flight 800’s tragic explosion over Long Island’s water, the show will feature an interview with director of ‘TWA Flight 800,’ Kristina Borjensen.
Todd and Jedd Wider’s To the Edge of the Sky will be making its World Premiere at the Stony Brook Film Festival on Sunday July 24th at 4 PM. To the Edge of the Sky follows four families as they fight the FDA to gain access to a potentially lifesaving drug for Duchenne Muscular Dystrophy, a fatal disease the families’ sons suffer from and the number one genetic killer of boys in the world. The film focuses on the transformation of the mothers of four boys into "the rogue moms" as they become political activists during their righteous battle against time and the FDA.
Todd and Jedd Wider have made numerous critically and commercially successful documentary films. In 2012, their documentary short, King’s Point, was nominated for an Academy Award. Their film, Mea Maxima Culpa: Silence in the House of God, won multiple Primetime Emmys. In 2007, their film, Taxi to the Dark Side, won an Academy Award. They are well-known for their collaborations with other filmmakers like Alex Gibney and Morgan Spurlock on films like What Would Jesus Buy? and Client 9: The Rise and Fall of Eliot Spitzer.
The Sounds of Film is also going to feature an exclusive interview with Kristina Borjensen, the director of TWA Flight 800, a film that investigates what caused TWA Flight 800 to suddenly explode over Long Island’s water. The film features interviews with investigators and eyewitnesses who question the government’s official explanation of the explosion.
About the Sounds of Film
The Sounds of Film is the nation’s longest-running film and music themed radio show.  For the past 30 years, the program has delivered a popular mix of interviews and music to listeners all over Long Island, parts of Connecticut and streaming live on the Internet. Previous guests include Michael Moore, D A Pennebaker, Gov. Jesse Ventura, Kurtis Blow, Garland Jeffreys, director Rory Kennedy, Ralph Macchio, Carter Burwell and Freddie Jackson.