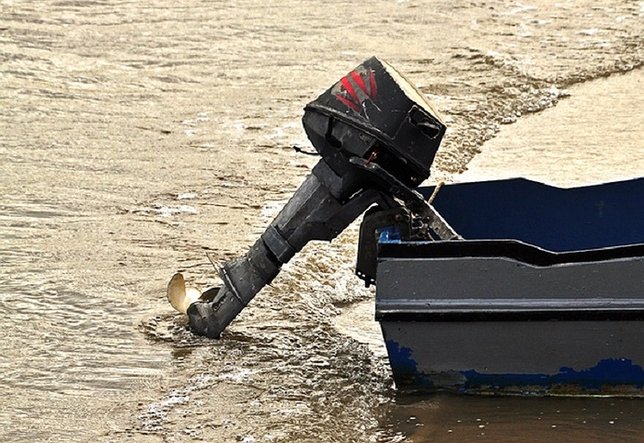 Husband and wife from Commack reunited after water rescue on Long Island Sound.

Photo by: Dcubillas, via Free Images.

Russell Giannotti and his wife Kim Giannotti had just anchored their boat to fish in the Long Island Sound, a mile and a half north of Eaton’s Neck Point, when their fishing line became tangled in the boat’s propeller.  Russell, 63, of Commack, went overboard to clear the tangled line. When he attempted get back on the boat, his boarding ladder broke and he became stranded in the water. Kim threw him a life jacket and a rope. Russell was unable to put the life jacket on while in the water, but was able to hold on to it for flotation. Russell then became entangled in the rescue rope and began to struggle in the water.

A passing boater observed Russell in distress and called 911 at approximately 4:30 p.m. The passing boater was unable to assist due to choppy sea conditions, but was able to give the victim’s location to police dispatchers. Two Marine Bureau vessels, a Suffolk County Police helicopter the U.S. Coast Guard, and Huntington Harbormaster Marine 3 responded to the search area.

Marine Bureau Section Officers Christopher DeFeo and Anthony Sangimino were the first rescuers on scene. They responded in Marine Bravo and were directed to the victim’s location via Marine VHF radio by the nearby boater. The officers positioned their boat close to Russell, threw him a life ring, and pulled him aboard the Marine Bravo. On board, they treated him for exposure and transported him to the Soundview Boat Ramp in Northport where they were met by rescue personnel from the Northport Fire Department.  Russell refused medical attention for exposure and minor abrasions.

Huntington Harbormaster Marine 3 took the victim’s boat in tow. Russell was eventually reunited with his boat and his wife and both were able to return to Huntington Harbor, on their boat, without assistance.