Rep. Rice Calls for Apprenticeships to Be Included in Labor Agreements for Federal Construction Projects

In a letter to President Obama, Rice notes that including apprenticeships in PLAs will save money and improve workplace safety. 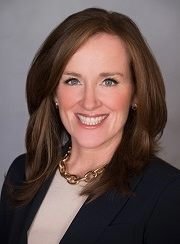 Washington, DC - July 8, 2015 - U.S. Representative Kathleen Rice today called for apprenticeships to be included in Project Labor Agreements (PLAs) for federal construction projects. In a letter to President Obama and U.S. Secretary of Labor Tom Perez, Rice urged the President to encourage federal agencies to enter into PLAs with contractors that graduate apprentices from certified apprenticeship programs. PLAs are pre-hire collective bargaining agreements with labor unions that set the terms of employment for a construction project, including wage rates, hours and benefits, and typically include agreements to prevent strikes or work stoppages. The use of PLAs helps to improve transparency and worker safety, ensure projects are completed on schedule, and reduce costs, particularly in large-scale federal construction projects that are often prone to cost overruns. In her letter, Rice argued that including apprenticeships in PLAs will have further fiscal benefits, as apprenticeship programs are funded entirely by the labor unions that provide them and produce highly-trained, highly-skilled workers at no cost to taxpayers.

“As Secretary Perez has said, American apprenticeship programs are the gold standard in workforce development around the world,” said Representative Kathleen Rice. “Apprenticeship programs produce workers who are highly skilled and highly trained in workplace safety, they help expand the number of women and other minorities in the construction workforce, and they operate at absolutely no cost to taxpayers. Including apprenticeship programs in Project Labor Agreements will save taxpayers money, improve worker safety and training, and most importantly help more Americans get good jobs and develop the skills and experience they need to thrive in the 21st century economy.”

“President Obama said in his State of the Union address that we have to strengthen unions, not weaken them,” said Dick O’Kane, President of the Building and Construction Trades Council of Nassau and Suffolk Counties. “If apprenticeship language is included in federal PLAs it would be a big step in leveling the playing field in America. Union building trades spend over $1.5 billion on apprenticeship training across America at no expense to anyone but the building trades unions. This is a win-win situation for everybody that will provide tens of thousands of very good-paying jobs.”