First production of a play by William Shakespeare that Bay Street has ever produced on their Mainstage. 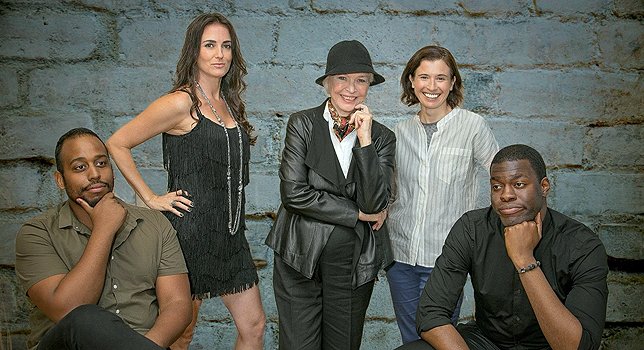 Sag Harbor, NY - July 7, 2017 - Bay Street Theater is pleased to announce the full cast for AS YOU LIKE IT by William Shakespeare, directed by Tony Award winner John Doyle. The production will run at Bay Street Theater from August 8 – September 3. The production will star Hannah Cabell (The Father, Men on Boats, Major Barbara) as Rosalind, Academy Award, Emmy Award and Tony Award winner Ellen Burstyn (Same Time, Next Year, The Last Picture Show, The Exorcist) as Jacques, and André De Shields (The Full Monty, Ain’t Misbehavin’, The Wiz) as Touchstone. The production will also feature Quincy Tyler Bernstine (In The Next Room, Small Mouth Sounds) as Celia, Kyle Scatliffe (The Color Purple, Les Miserables) as Orlando, Noah Brody (Co-Artistic Director of Fiasco Theater) as Oliver/Corin, Leenya Rideout (War Horse, Company, Cabaret) as Phoebe, Tony Award nominee Bob Stillman (Grey Gardens, Songbird, As You Like It) as Duke Frederick/ Duke Sr., Cass Morgan (Memphis the Musical, Mary Poppins) as Old Adam/Audrey and David Samuel (The Diamond in the Rough, To Kill a Mockingbird) as Silvius.  Tickets on sale at the Box Office at 631-725-9500 11 am – show time daily or online at www.baystreet.org.
Three-time Academy Award winner and musical theater legend Stephen Schwartz (Wicked, Pippin, Godspell) will create an original, Jazz Era inspired score for the production. Members of the cast will play instruments, making AS YOU LIKE IT a romantic comedy infused with songs and music.
“This cast is a dream come true for Bay Street!” says Artistic Director Scott Schwartz, “This is the first production of a play by William Shakespeare that Bay Street has ever produced on our Mainstage, and to have so many brilliant and renowned artists breathing new life into this hilarious romantic comedy will surely make AS YOU LIKE IT the ‘must see’ event of the summer here in the Hamptons.  I am thrilled to welcome all of them to our stage and to Sag Harbor!”
John Doyle (The Color Purple, Sweeney Todd, Company) will design the sets in addition to directing the production.  The creative team will also include Ann Hould-Ward (Costume designer), Andrew Diaz (Props designer) and Shaughn Bryant (Sound Supervisor), Kat West (Production Stage Manager), and Stewart/Whitely (Casting). AS YOU LIKE IT is a co-production with Classic Stage Company in New York City.
Everyone needs to escape to the country sometimes! In AS YOU LIKE IT, join Rosalind, one of Shakespeare’s greatest heroines, as she travels into the merry Forest of Arden leaving behind the politics of the city. Disguising herself as a man and accompanied by her cousin Celia she embarks on a hilarious and romantic journey where she finds love, laughter, and maybe even herself. Shakespeare’s beloved comedy will be brought to joyful new life in a production filled with Jazz Era inspired music performed by a masterful cast. 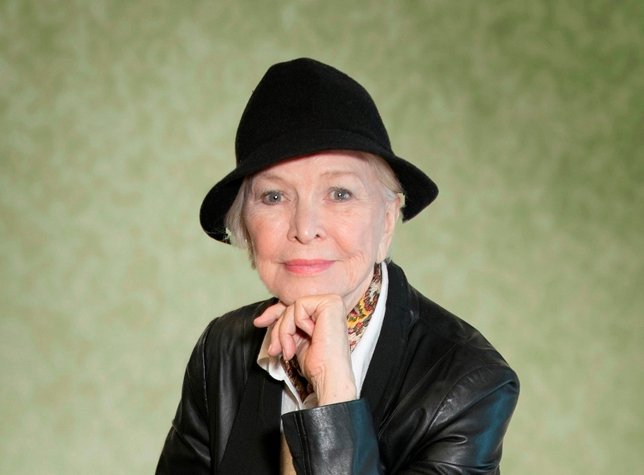 Ellen Burstyn. Photo Credit: Lenny Stucker
Ellen Burstyn (Jaques) Ellen Burstyn’s sixty-year acting career encompasses film, stage, and television. In 1975 she became the third woman in history to win both a Tony Award and an Academy Award in the same year, for her work in Same Time, Next Year on Broadway and the film Alice Doesn’t Live Here Anymore. She has received five other Academy Award nominations.  She has been nominated for seven Golden Globe awards, winning in 1979 for Same Time, Next Year.  She became a “triple crown winner” when she received her first Emmy for a guest appearance in Law & Order: SVU (2009), and won again in 2013 for her role in the miniseries Political Animals.  She has been nominated for an Emmy six additional times.  In 2014 she was inducted into the Theater Hall of Fame.  Early films include The Last Picture Show (1971 - Golden Globe and Academy Award nominations) and The King of Marvin Gardens (1972), among others.  Her recent films include Draft Day (2014), The Calling (2014), Interstellar (2014), The Age of Adaline (2015), Custody (2016), and Wiener Dog (2016).  Soon to be released are The Tale, Nostalgia, A Little Something For Your Birthday and House of Tomorrow.  She made her Broadway debut in Fair Game (1957). Other Broadway credits include 84 Charing Cross Road (1982), Shirley Valentine (1989), Shimada (1991), and Sacrilege (1995).  She also performed off-Broadway many times, including The Little Flower of East Orange (2008) and The Atmosphere of Memory (2011). In London, she starred in The Children’s Hour (2011).  She was the first woman elected president of Actors Equity Association (1982–1985) and serves as co-president of the Actors Studio. In 2006 she published her memoir, Lessons in Becoming Myself.
Hannah Cabell (Rosalind) Broadway credits include The Father (MTC), A Man for All Seasons (Roundabout). Off Broadway includes Men On Boats (Playwrights Horizons/Clubbed Thumb), Major Barbara (The Pearl), Grounded (Page 73) for which Cabell won a Drama Desk nomination, best solo performance. Others include 3C (Rattlestick), Compulsion (Public Theater), Pumpgirl (Manhattan Theatre Club), The Zero Hour (13P), Gentleman Caller (Clubbed Thumb), Mark Smith (13P). Regional and International theater includes The Moors Marjorie (Yale Rep), Marie Antoinette (Polignac ART, Yale Rep) , Compulsion (Woman Berkeley Rep, Yale Rep),  Three Sisters (John Doyle, dir.) Irina Cincinnati Playhouse; In the Next Room; or the Vibrator Play (Berkeley Rep). Film and Television includes The Path (Hulu – recurring), Mr. Robot (USA), Happyish (Showtime), The Leftovers (HBO), Law and Order: Criminal Intent. Voice over includes Grand Theft Auto and The Electric Company. Cabell received her M.F.A, NYU Tisch School of the Arts, and later the Leonore Annenberg Fellowship for Young Artists, 2011.
John Doyle (Director and Set Designer) is the new Artistic Director of Classic Stage Company where he has directed Passion, Allegro, Peer Gynt and the recent production of Dead Poets Society. Broadway: Sweeney Todd (Tony and Drama Desk Awards, Best Director of a Musical), Company (Tony Award, Best Musical Revival), A Catered Affair (Drama League Award, Best Musical Production), The Visit (Tony nom., Best Musical), The Color Purple (Tony nom., Best Musical Revival). Off-Broadway: Wings (Second Stage); Road Show (Public Theatre); Where’s Charley?, Irma La Douce (Encores!). Regional: Kiss Me Kate (Stratford); Caucasian Chalk Circle (ACT); Merrily We Roll Along, The Three Sisters (Cincinnati); Ten Cents a Dance (Williamstown); The Exorcist (LA). In the UK, John has been artistic director of four regional theaters. Numerous credits include: The Gondoliers, Mack and Mabel (West End); A Midsummer Night’s Dream (Regent’s Park); Oklahoma! (Chichester); Amadeus (Wilton’s Music Hall). Opera includes Madama Butterfly (Grange Park), Lucia Di Lammermoor (Houston/La Fenice/ Sydney Opera House), Peter Grimes (Metropolitan Opera, NY), The Rise and Fall of the City of Mahagonny (LA Opera). He directed the feature film Main Street.
Stephen Schwartz (Composer) wrote the music and lyrics for the current Broadway hit Wicked, and has also contributed music and/or lyrics to Godspell, Pippin, The Magic Show, The Baker’s Wife, Working  (which he also adapted and directed), Rags, and Children of Eden. His most recent musical, Schikaneder, premiered in 2016 in Vienna.  He has also worked in film, collaborating with Alan Menken on the songs for Disney’s Enchanted as well as the animated features Pocahontas and The Hunchback of Notre Dame, and writing the songs for the DreamWorks animated feature The Prince of Egypt. In the classical music field, he collaborated with Leonard Bernstein on the English texts for Bernstein’s Mass, and composed the opera Séance on a Wet Afternoon. Schwartz has been inducted into the Theatre Hall of Fame and the Songwriters Hall of Fame, and has been given a star on the Hollywood Walk of Fame. Awards include three Academy Awards, four Grammy Awards, and the Isabelle Stevenson Tony Award. http://www.stephenschwartz.com. 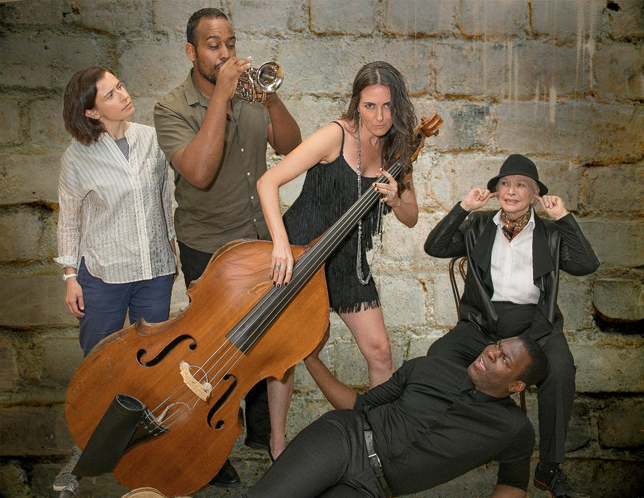 Hannah Cabell, David Samuel, Leenya Rideout, Kyle Scatliffe,  Ellen Burstyn. Photo Credit: Lenny Stucker
The 2017 Mainstage Season is sponsored in part by New York State through the generosity of Assemblyman Fred Thiele and State Senator Kenneth P. LaValle; the New York State Council on The Arts, a State Agency; Town of Southampton; The Harold and Mimi Steinberg Charitable Trust; The Shubert Foundation; and public funding by Suffolk County. Support for new work comes from The New Directions Fund and the Joseph Stein New Musical Fund.  Previews sponsored by Peconic Landing.
There will be a “Pay What You Can” preview performance on August 8 at 7 pm, with a limited number of tickets available at the Bay Street Theater Box Office beginning at 11 am on day of.
Classic Stage Company (CSC), now in its 49th Season, is committed to re-imagining classic stories for contemporary audiences. The company has been a home for New York’s finest established and emerging artists to grapple with the great works of the world’s repertory that speak directly to the issues of today. CSC serves an average of 35,000 audience members annually, including more than 4,000 students through its nationally-recognized CSC Education programs. Productions have been cited repeatedly by all the major Off-Broadway theater awards including the Obie, Drama Desk, Outer Critics Circle, Drama League, and the Lucille Lortel Award for Outstanding Body of Work.
Bay Street Theater & Sag Harbor Center for the Arts is a year-round, not-for-profit professional theater and community cultural center which endeavors to innovate, educate, and entertain a diverse community through the practice of the performing arts. We serve as a social and cultural gathering place, an educational resource, and a home for a community of artists.