Supports migrant children that have been separated from their families and are being housed in Syosset. 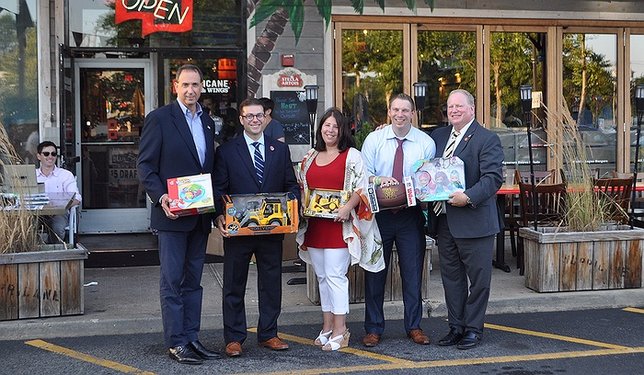 Syosset, NY - July 6, 2018 - Nassau County Legislator Joshua Lafazan (Woodbury) announced the bipartisan Nassau Unity initiative, backed by state, county and town elected officials, has raised $10,000 in support of migrant children that have been separated from their families and are being housed in Syosset.
For more information, please contact Danny Schrafel at 516-571-4214 or dschrafel@nassaucountyny.gov.
The sum includes contributions made at a Monday, July 2 fundraiser at Hurricane Grill & Wings in Syosset and a Sunday, July 1 collection of approximately $1,000 at the Mid-Island Y JCC in Plainview. MercyFirst, the social services agency in Syosset currently sheltering 10 migrant children, is slated to receive the funds.
“I am overwhelmed by the support for Nassau Unity’s inaugural event and truly gratified that so many people from all walks of life generously opened their hearts to these children in their time of greatest need,” Legislator Lafazan said. “As our neighbors streamed into the restaurant to lend their support, they showed all of us how much we can accomplish when we put politics aside and take a stand for what is right.”
Guests at the Hurricane Grill, who were asked to pay a minimum $23 per person – symbolic of estimates that at least 2,300 children had been separated from their families – also donate dozens of toys for the children at MercyFirst.
The Nassau Unity initiative was sparked through conversation between Legislator Lafazan and Oyster Bay Town Councilwoman Rebecca M. Alesia. New York State Assemblyman Charles D. Lavine, Nassau County Legislator Arnold W. Drucker, Oyster Bay Town Clerk James Altadonna, Jr. and Oyster Bay Town Councilman Anthony D. Macagnone threw their support behind the initiative, as did Zimmerman Edelson co-founder and partner Robert Zimmerman.