History: When the “Astrotarium” Came to Long Island

This portable planetarium was brought to Babylon by A&S stores in the 1950s to promote science. 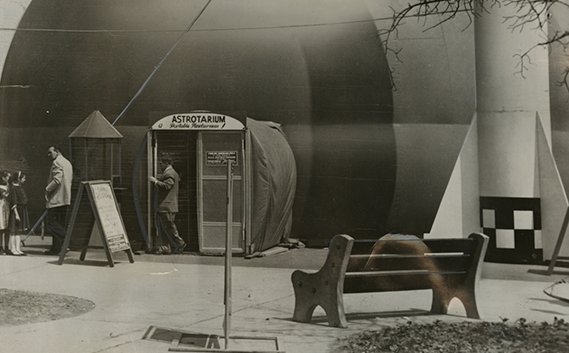 Photo: Harry Ransom Center, The University of Texas at Austin.

The space race was heating up in the middle of the 20th Century. Sputnik was launched by the Russians in 1957 and the United States was racing toi catch up and surpass our Cold War enemies. Americans became fascinated with outer space.

The "Astrotarium," billed as the world's only planetarium in a big top, made its first appearance in the New York area at Abraham & Straus in Babylon in March 1959. According to reports, admission to the astronomy and space show was free and was sponsored by A&S to promote public interest in science. The planetarium was to be set up in a parking lot adjacent to A&S at the Great South Bay Shopping Center. 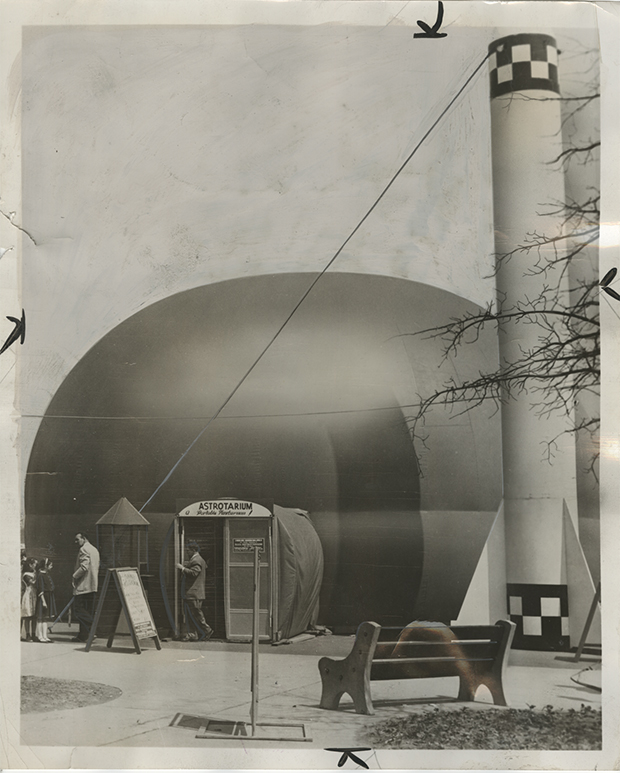 Photograph shows a large balloon-like structure standing next to a replica of a rocket; a man stands within the doorway as children wait to enter; the sign over the entrance reads: "Astrotarium, a portable planetarium!". Contributor: Abraham & Straus. Created / Published: 1959 Mar. 31. New York World-Telegram and the Sun Newspaper Photograph. Harry Ransom Center, The University of Texas at Austin.