Friday, June 1 Is National Doughnut Day; LongIsland.com Tells You Where The Free Deals Are

National Doughnut Day is celebrated on the first Friday of June of each year. 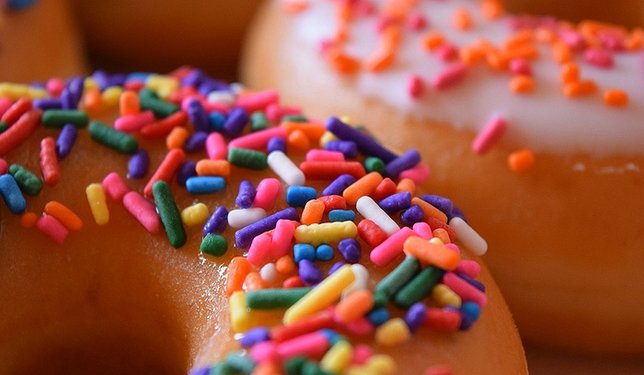 There are a number of merchants who will be participating in National Doughnut Day giveaways this June 1.

Long Island, NY - May 31, 2018 - It’s the day that those of us with a sweet tooth note on our calendars every single year- June 1 marks the return of National Doughnut Day, the eponymous annual event that pays homage to everyone’s favorite circular, frosted, and jelly-or-cream-filled treat: the doughnut.
The event that finds its roots in the 1930’s, when the Chicago branch of The Salvation Army started it to honor members who had braved the frontlines of World War 1 while serving doughnut to our soldiers. National Doughnut Day has since endured and evolved over the years, attracting the attention of the general populace and eventually becoming a national phenomenon. And why not? After all, considering the vast number of varieties that this tasty treat comes in – limited only by the imaginations of bakers everywhere – doughnuts are one of the most popular snack items going nationwide, and as National Doughnut Day continuously gained traction over the years, more and more doughnut stores started offering free doughnuts, eventually cementing the tradition in the public consciousness.
Of course, you’re not reading this article for a history lesson, and you’re certainly not here to be told that doughnuts taste good; you most likely are already well aware of that! No, you’re here because the headline promised the locations of free doughnuts being offered to Long Island residents, and it’s time to deliver. There are a number of merchants who will be participating in National Doughnut Day giveaways this June 1, and LongIsland.com is here to offer a comprehensive list of where you can get your hands on these doughy discs of delight.
Of course, there may be other local, independently-owned bakeries and  doughnut shops getting in on the National Doughnut Day action; if there’s one such establishment near you, we’d appreciate you sharing below in the comments so that others will be aware of where the delicious goods are. From all of us at LongIsland.com, enjoy your doughnuts…but try not to overdo it!