Legendary songwriter, performer and author, Jimmy Webb, will be Tom Needham’s special guest this Thursday at 6 P.M. on WUSB’s The Sounds of Film. 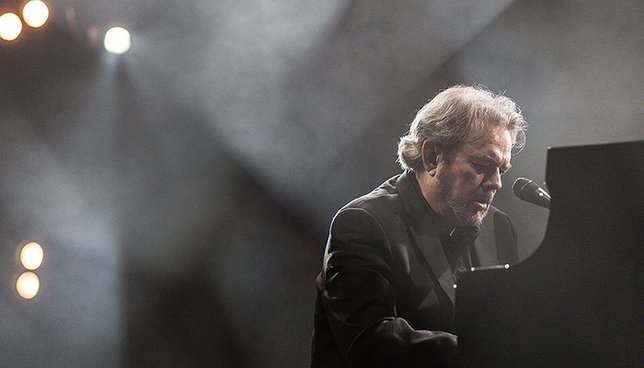 Jimmy Webb is one of America’s most celebrated songwriters and composers.

Photo by: WUSB's the Sounds of Film

Stony Brook, NY – May 25, 2017 – Long Island’s Jimmy Webb will be Tom Needham’s exclusive guest this Thursday on WUSB's the Sounds of Film.  He will be discussing his new autobiography, The Cake and the Rain.
Jimmy Webb is one of America’s most celebrated songwriters and composers. He has written many platinum hits including “MacArthur Park,” “The Worst That Could Happen,” “By the Time I Get To Phoenix,” and “Witchita Lineman.” He is especially well-known for his work with Glen Campbell, the 5th Dimension and Art Garfunkel. He was inducted into the Songwriters Hall of Fame in 1990, received the National Academy of Songwriters Lifetime Achievement Award in 1993, and received the Ivor Novello Special International Award in 2012. He is also the only person to ever receive Grammy Awards for music, lyrics and orchestration.
Jimmy Webb's new memoir, The Cake and the Rain, delivers a snapshot of his life from 1955 to the 1970’s. The Sounds of Film will be featuring an in-depth interview with Webb, as well as the music of Jimmy Webb performed by himself and other artists who have recorded his songs through the years.
About the Sounds of Film
The Sounds of Film is the nation’s longest-running film and music themed show.  For the past 30 years, the program has delivered a popular mix of interviews and music to listeners all over Long Island, parts of Connecticut, and streaming live on the internet at wusb.fm. Previous guests include Billy Joel, Bobby Rydell, Kenny Vance, Connie Stevens, Donny Most, Dionne Warwick, Laurie Anderson, Vince Giordano and William H. Macy.