By Christian Abbatecola Published: May 22 2014

A never-before-seen meteor shower may light up the skies between Friday, May 23 and the morning of Saturday, May 24. 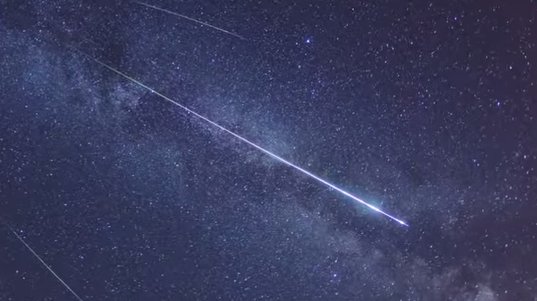 Stargazers could be in for a rare treat on the night of Friday, May 23 if predictions hold true. A never-before-seen meteor shower is expected to peak tomorrow night into Saturday morning, with the best viewing times likely to be between 2:00 and 4:00 AM EDT on May 24.

The potential shower stems from Comet 209P/LINEAR, which was discovered in 2004 and has an orbit that brings it near the sun every five years. Earth is expected to pass through a debris trail left behind by the comet on Friday, and as we pass through debris will burn up, creating a potentially strong meteor shower.

209P completed its last perihelion passage just a couple weeks ago, on May 6; however, the debris we will pass through is not actually from this recent flyby but a stream of cometary materials left behind in the 19th century.

Tomorrow’s possible shower was first predicted in 2012 by Esko Lyytinen of Finland and Peter Jenniskens at NASA’s Ames Research Center have since confirmed the possibility. Though early expectations were for a shower that could see up to 400 meteors per hour during its peak, and some even left for the possibility of a larger meteor storm, more recent predictions place the number at a still-impressive 100-200 meteors per hour under ideal conditions.

It is also possible that this shower could be the first occurrence of what will become an annual event, which has led some to already begin referring to it as the May Camelopardalids (so named for the constellation from which the meteors will appear to radiate).

Long Island is well positioned for a prime view of the celestial show, as experts have stated the meteors will likely be most visible in mid-latitude areas in North America, namely southern Canada and the continental US. Unfortunately, as of Thursday afternoon weather forecasts were still calling for rain showers and overcast skies from Friday into Saturday, which would obscure the view of the meteors.

Fortunately, if there are too many clouds in the way above LI there will still be a way to see the show: the Slooh Space camera will be feeding a livestream of the event to YouTube, and you will be able to watch it at the bottom of this page!