Local officials implored the TPVA to refrain from adding exorbitant fees to the already-steep fines proposed. 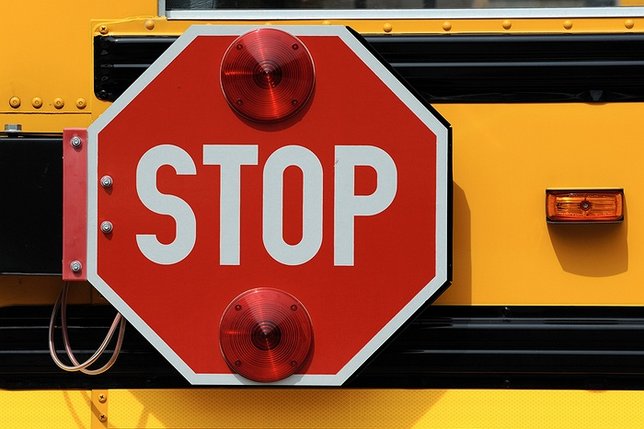 As Nassau County took another important step toward implementing a bus-camera program that will make roads safer for students and families in the upcoming school year, Nassau County Legislators Siela A. Bynoe (D - Westbury) Arnold W. Drucker (D - Plainview) and Ellen W. Birnbaum (D - Great Neck) on Monday, May 10 implored the County’s Traffic and Parking Violations Agency (TPVA) to refrain from adding exorbitant fees to the already-steep fines proposed.
In the interest of protecting children and families by making Nassau’s roads safer, Legislators Bynoe and Drucker introduced and secured unanimous passage of legislation in the fall of 2019 to opt into a State program allowing for the installation of stop arm cameras on school buses, which will record vehicles that illegally pass stopped school buses.
County officials stated the program is slated to begin in September of 2021 with a 30-day, no-penalty warning period. Thereafter, fines are $250 for a first violation and $275 and $300, respectively, for second and third/subsequent violations committed within 18 months of the first bus-camera offense.
However, under questioning from Minority Caucus members during Legislature committee hearings on Monday, May 10, officials from TPVA were unable to answer if they were planning to apply up to $106 in administrative fees to tickets, raising concerns from Minority Caucus lawmakers who supported the initiative strictly as a public safety concern, not a revenue-generating initiative.
This stance is consistent with the Minority Caucus’ advocacy against the imposition of similar administrative fees on red-light camera tickets as a revenue-generating measure in then-County Executive Edward Mangano’s budget proposal.
“When Legislator Drucker and I introduced the legislation to bring school bus stop-arm cameras to Nassau County, we did so in the interest of discouraging motorists in the strongest way possible from making reckless decisions that endanger our children and Nassau County families,” Legislator Bynoe said. “The $250 fine as proposed is sufficient to achieve the public safety benefits we all desire. Adding administrative fees on top of that would represent an overreach that I cannot support.”
“School bus stop-arm cameras are a tool for making our roads safer and protecting our children and our families from dangerously selfish drivers. However, it is totally inappropriate for these cameras to become revenue-generating tools - just as it was totally inappropriate for the previous administration to exploit red-light cameras in attempts to balance their budgets,” Legislator Drucker said. “I join Legislator Bynoe and my colleagues in opposing the imposition of exorbitant fees atop fines that are already large enough to alter behavior for the better on our roads - especially as families continue to recover economically from the COVID-19 pandemic.”
“Back in 2016, this body - the Majority - voted in favor of an administrative fee on other traffic violations, and I was opposed to it because it was almost like an additional tax on Nassau County residents,” Legislator Birnbaum, ranking member of the Legislature’s Finance committee, said. “Thankfully, it appears the Majority now sees the merits of our argument and has since filed supplemental legislation to ensure that the bus camera stop-arm program’s only focus is on addressing public safety concerns, not in generating extra revenue.”
The contract with American Traffic Solutions (d/b/a Verra Mobility) is expected to come before the full Nassau County Legislature for final approval on Monday, May 24.