First airport in the world to activate a system to continuously sanitize air and surfaces. 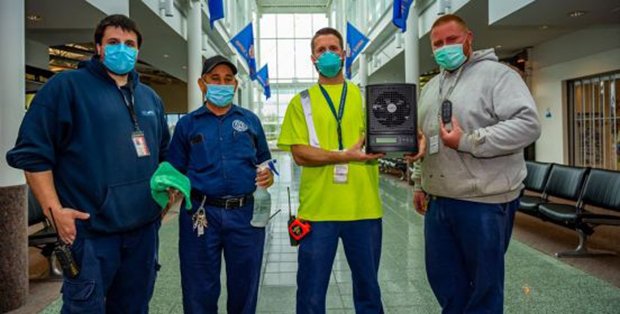 MacArthur Airport is the first airport in the world to put into effect new systems to continuously sanitize air and surfaces in the airport’s facilities.

According to a press released on the Islip Town website, the Continuous Air and Surface Pathogen Reduction system also known as CASPR, will extract oxygen and moisture from the air and use a natural catalytic converter process to produce and deliver trace levels of hydrogen peroxide (H2O2) to indoor spaces, which the town says is comparable to levels found in nature.

The system is currently used in hospitals and medical facilities. Islip Town says it is safe for all occupied spaces and provides the benefit of continuous protection from viruses and bacteria, both airborne and on surfaces.

The town also said that independent testing has shown that CASPR reduces pathogens by over 99% within 24 hours, and will continue to reduce and eliminate these pathogens as long as the technology is running. Independent test results are available on CASPR’s website.

“Long Island MacArthur Airport has been working hard to help facilitate economic recovery in our region following the Covid-19 crisis,” said Town of Islip Supervisor Angie Carpenter. “We expect to do this in a way that is wise, based on science and fact, and makes our customers and employees feel completely safe returning to air travel.”

“CASPR and Silver Defender are the perfect combination to keep MacArthur Airport passengers and employees as free from exposure to viruses and bacteria as possible,” said Rob Schneider Deputy Airport Commissioner.

The two systems met four criteria that they used to judge any options for the airport sanitation solutions. The first was that they had to be safe for continual use in occupied spaces. Next the had to be effective against both airborne and surface pathogens. They wanted to cause no alteration or modification to other cleaning processes and staffing, and they had to be immediately available.

“While all the methods we evaluated have proven pathogen reduction properties, almost all require additional staffing or operating costs, do not allow for continuous operation in occupied spaces, and treat surfaces but not the air. Only CASPR met all four criteria,” Schneider said.