Reigning Masters Champion Tiger Woods is scheduled to play in the PGA Championship on Long Island, NY on May 16 but his glamorous yacht has apparently already docked. 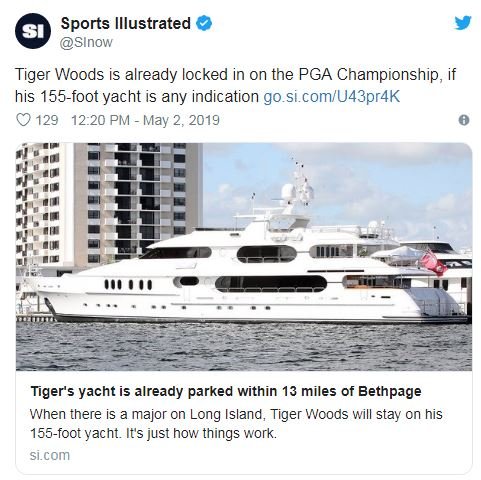 Sports Illustrated has tweeted that Tiger Woods' 155-foot yacht has arrived and docked on Long Island ahead of the PGA Championship which starts May 16. 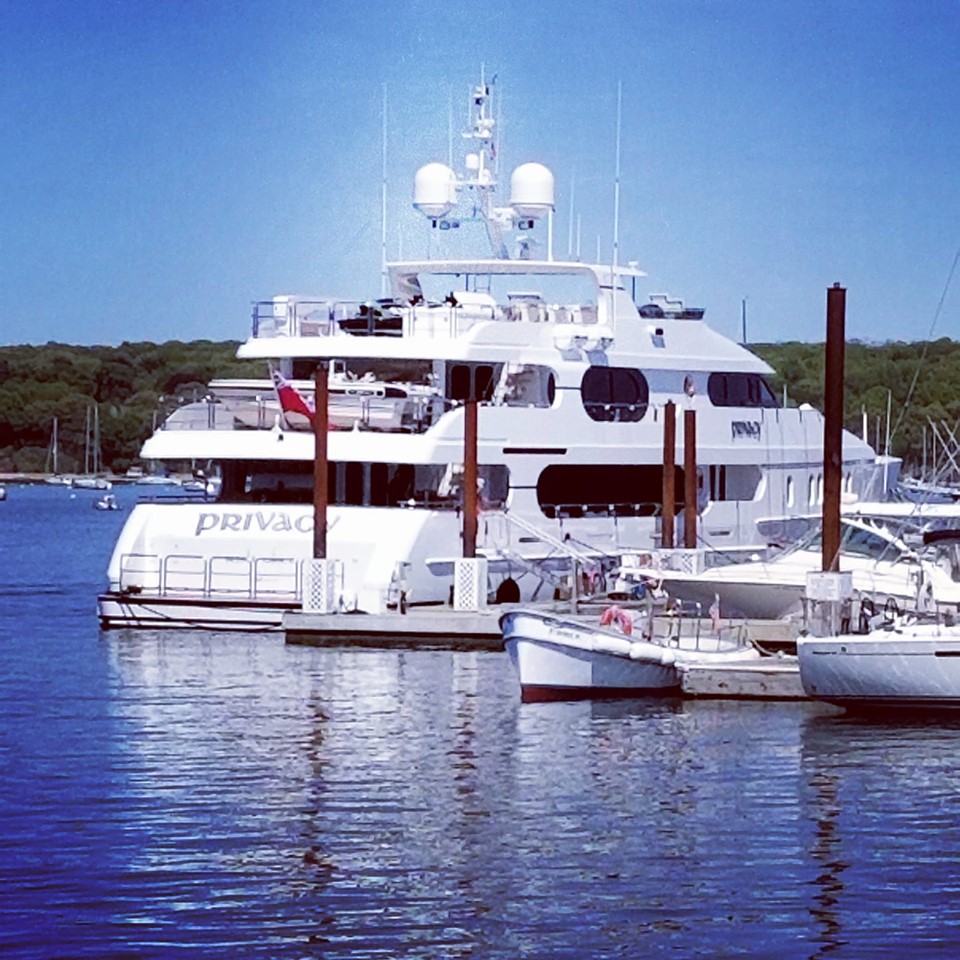 The PGA Championship will be held at the Bethpage Black Course in Farmingdale. The golf superstar’s yacht, named “Privacy,” was spotted about 13 miles away — in Oyster Bay, according to MarineTraffic.com 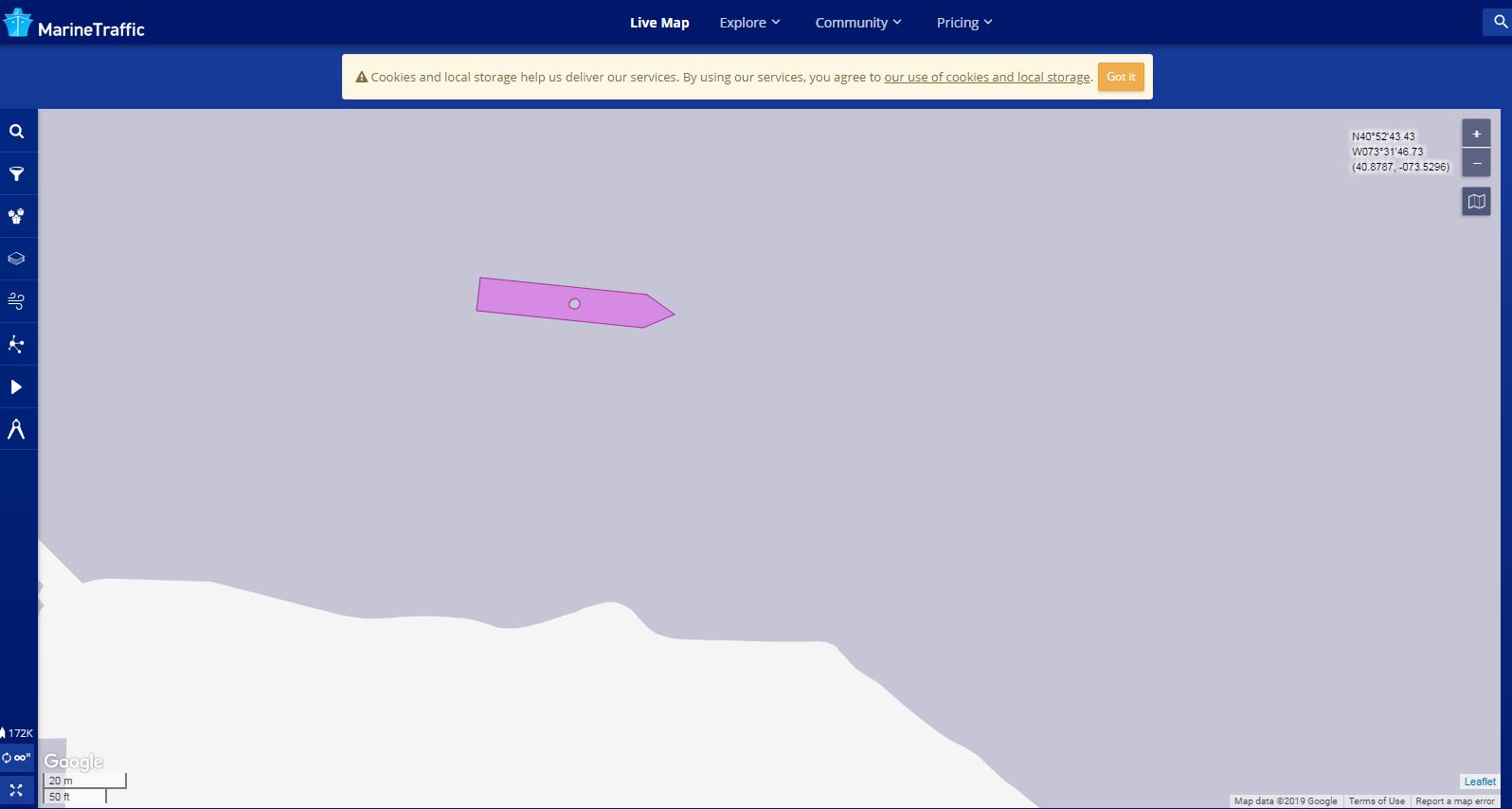 It is not immediately clear if Woods will be staying on his yacht during the tournament; although he did stay on Privacy during last year's U.S. Open, which was played at Shinnecock Hills, also on Long Island.

The boat’s total living space is a whopping 6,500 square feet. It features a master suite and six other sleeping quarters, enough for 21 people to stay on board. Other amenities include a full bar and eight-person hot tub on the deck, as well as a scuba decompression chamber.

The yacht named Privacy was said to be worth a whopping $20 million, according to Forbes. Woods reportedly bought the vessel in 2004.