Standards Would Reduce Carbon Emissions by 1.8 Billion Metric Tons, Save Each Consumer $1,650. 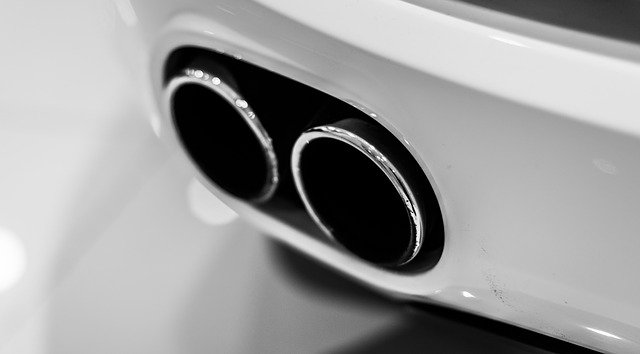 New York, NY - May 1, 2018 - New York Attorney General Eric T. Schneiderman today joined a coalition of 17 Attorneys General in suing the U.S. Environmental Protection Agency (EPA) to preserve the greenhouse gas emission standards currently in place for model year 2022-2025 vehicles. The standards save drivers money at the pump, reduce oil consumption, and curb greenhouse gases.
The federal standards the states are suing to protect – for model year 2022-2025 vehicles – are estimated to reduce carbon pollution by 1.8 billion metric tons (equivalent to 134 coal power plants burning for a year) and to save each consumer $1,650 per vehicle. At present, the car industry is already on track to meet or exceed these standards.
“These emission standards are common sense – protecting our air and mitigating our contributions to climate change, all while saving drivers money at the pump,” said Attorney General Schneiderman. “Yet the Trump administration conducted a phony study, ignoring the facts and the law in order to cook the books on these critical standards. Again and again, the Trump administration has put special interests ahead of New Yorkers’ health and wallets – and again and again, we’ve taken them to court and won.”
The lawsuit was filed in the United States Court of Appeals for the District of Columbia Circuit. The lawsuit is based on the fact that the EPA acted arbitrarily and capriciously, failed to follow its own Clean Car regulations, and violated the Clean Air Act.
Today’s lawsuit was filed by the Attorneys General of California, Connecticut, Delaware, Illinois, Iowa, Maine, Maryland, Massachusetts, New Jersey, New York, Oregon, Pennsylvania (also filed by and through its Department of Environmental Protection), Rhode Island, Vermont, Virginia, Washington, and the District of Columbia. Minnesota filed by and through its Pollution Control Agency and Department of Transportation. This coalition represents approximately 44% of the U.S. population and 43% of the new car sales market nationally.
DEC Commissioner Basil Seggos said, “As the Trump administration continues its assault on environmental protections, we are proud to stand with our partner states to fight this rollback of fuel economy and air pollution standards. Today’s petition sends a message—this is a shameless giveaway to the fossil fuel industry at the expense of our communities and our air. New York will continue to stand with California and other states to preserve our stringent emission standards and continue our work to protect the health of New Yorkers while attracting the clean energy jobs of tomorrow.”
In 2012, EPA and the National Highway Safety and Transportation Administration adopted harmonized national standards for greenhouse gas emissions and fuel economy for cars to be sold in 2017-2025, which allows automakers to design and manufacture their fleets to a single target.  Because of the standards’ long time horizon, EPA agreed to perform a midterm evaluation for the standards for 2022-2025 to confirm that the standards remain appropriate. Based on an exhaustive record that included state-of-the-art research, input from stakeholders, and published literature and studies, EPA concluded in January 2017 that the 2022-25 standards are feasible at reasonable cost, will achieve significant carbon dioxide emissions reductions, and will provide significant economic and environmental benefits to consumers.  However, last month, the EPA – without evidence to support the decision – arbitrarily reversed course and claimed that the greenhouse gas emissions standards for model years 2022-2025 vehicles should be scrapped. The Administration offered no evidence to support this decision and deferred any analysis to a forthcoming rulemaking designed to try to weaken the existing 2022-2025 standards.
Last week, Attorney General Schneiderman secured a federal court order blocking the Trump administration from delaying a rule that updates penalties assessed to automakers for noncompliance with the Corporate Average Fuel Economy (CAFE) Standards – which are also key to reducing greenhouse gas emissions from cars.
Attorney General Schneiderman has been a leader in forcing the federal government to adopt and implement national standards that make cars more fuel-efficient and less polluting. In response to Administrator Pruitt’s May 2017 letter to California Governor Jerry Brown contending that the midterm evaluation process was legally flawed, Attorney General Schneiderman led a coalition of Attorneys General who vowed to pursue legal action if necessary. Likewise, during EPA’s rulemaking process to reconsider the midterm evaluation, Attorney General Schneiderman led a similar group in submitting a comment demonstrating that the administrative record supports strengthening, not weakening, the standards.