Statue was taken from Blast From the Past in Bay Shore on April 1. 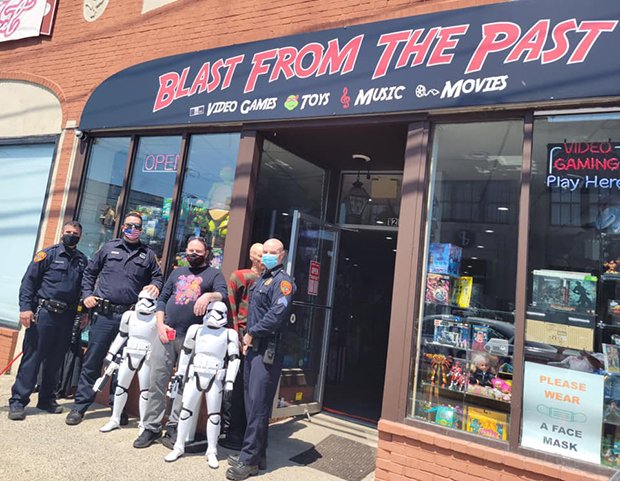 The Force was with the owners of Blast From the Past, a vintage video game and toy store, in Bay Shore. On April 1, a pair of scoundrels absconded with a 3-foot high Stormtrooper statue outside of the store. The decoration was estimated to be worth between $300 and $4000, according to initial reports.

Suffolk County Police got word about the location of the statue.

According to a SCPD report, Third Precinct Sgt. Matt Augustine and Officers Frank Gigante and Steve D’Amico along with First Precinct Crime Section Officers Walter Sosnowski and John Terrillion recovered the statue at a Wyandanch residence. A Bay Shore woman was arrested for the theft.

The Stormtrooper statue was returned to its owners.