Haimid Thompson Allegedly Stole Over $7,500 from Medicaid by Illegally Billing for Phony Rides and Paying Off Bogus Rider. 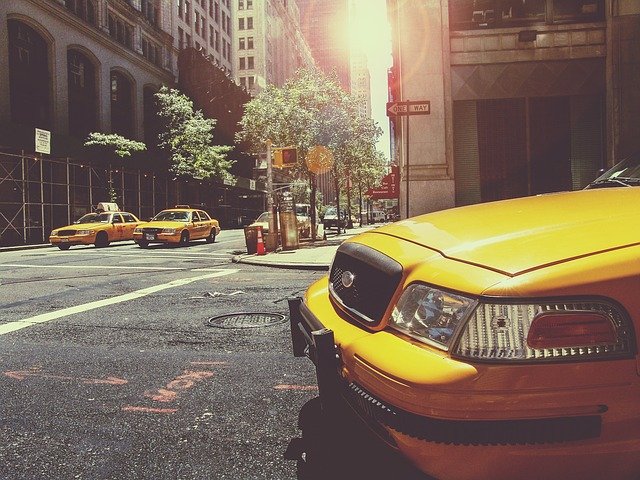 New York, NY - April 23, 2018 - Attorney General Eric T. Schneiderman today announced the arrest of Haimid Thompson, a/k/a “Mookie”, of Jamestown, NY for allegedly stealing over $7,500 from Medicaid by submitting false claims for rides he claimed he provided to a Medicaid recipient through the taxi service 716 Transportation, Inc. (716). Thompson allegedly paid an individual, who was working with the Attorney General’s office, to request transportation services from 716 and then falsely reported to the company that he provided daily rides to that individual. The Attorney General’s ongoing investigation into Medicaid transit scams—an investigation dubbed “Operation Ghost Ride”—revealed that 716 submitted claims to, and received payment from, Medicaid for rides that in fact did not take place.
Thompson was arrested on a 30-count felony complaint and was released on $5000 bail. He is charged with Grand Larceny in the Third Degree, a class D felony; Offering a False Instrument for Filing in the First Degree, a class E felony; Falsifying Business Records in the First Degree, a class E felony; and Prohibited Practice by a Medical Assistance Provider, a class E felony. Thompson will return to court on April 27, 2018.
“The false reporting of medical transports by taxi drivers costs taxpayers millions of dollars a year in phony bills,” said Attorney General Schneiderman. “My office will continue to prosecute such fraudulent practices in order to protect Medicaid resources for the vulnerable New Yorkers who rely on them.”
Financial Services Superintendent Maria T. Vullo said, “Those who steal from public healthcare programs intended to help the poor unlawfully enrich themselves at the expense of hard-working taxpayers. DFS commends the Office of the Attorney General for aggressively pursuing this investigation and looks forward to continuing our partnership to stamp out this kind of criminal activity.”
The felony complaint filed in Buffalo City Court alleges that Thompson met with an individual working with the Attorney General’s investigators in Jamestown on February 16, 2017. The individual, referred to in court documents as “Recipient A,” allegedly was eligible to receive, but had no actual need for, Medicaid-funded transportation to and from a methadone clinic in Buffalo, NY. However, Thompson, allegedly after learning this, offered to pay Recipient A $100 to notify the State’s Medical Answering Services (“MAS”) that 716 was Recipient A’s “preferred” provider for medical transportation. MAS is an agent of the New York State Medicaid program that matches recipients with transportation services and authorizes Medicaid billing for such services based on provider documentation of successfully completed transportation trips. In addition to the $100 pay-off he initially promised, Thompson allegedly offered to pay Recipient A $300 for each week and $200 for each month that 716 remained Recipient A’s transportation provider.
The felony complaint further alleges that:
The charges are merely accusations and the defendant is presumed innocent unless and until proven guilty in a court of law.
The Attorney General thanked the New York State Police, the New York State Department of Financial Services, and the United States Department of Health and Human Services Office of Inspector General for their assistance in this investigation.
The investigation by the New York State Attorney General’s Medicaid Fraud Control Unit was conducted by Investigator Milagro Bosque, under the supervision of Supervising Investigator James Zablonski, and Auditor-Investigator Sean McShea, under the supervision of Regional Chief Auditor Frank Zeffiro. William Falk is MFCU’s Deputy Chief Investigator-Upstate.
The case is being prosecuted by Gary A. Baldauf, Buffalo Regional Director of the Attorney General’s Medicaid Fraud Control Unit. Catherine Wagner is Chief of Criminal Investigations-Upstate. The Medicaid Fraud Control Unit is led by Director Amy Held and Assistant Deputy Attorney General Paul J. Mahoney. The Division of Criminal Justice is led by Executive Deputy Attorney General Margaret Garnett.