Suffolk County Community College’s Scott Mandia, Professor of Physical Sciences and Assistant Chair is part of a prestigious international team of select science department researchers who are contributing to a new course offered by The ... 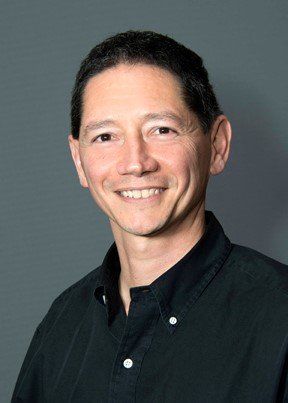 Selden, NY - April 21, 2015 - Suffolk County Community College’s Scott Mandia, Professor of Physical Sciences and Assistant Chair is part of a prestigious international team of select science department researchers who are contributing to a new course offered by The University of Queensland (UQ), Australia that uncovers why the topic of climate change is so controversial. The group debunks a few climate myths along the way.

“Climate scientists, health experts, insurers, and the military have warned us about the negative impacts of human-caused climate change. Unfortunately, there are some in the public who are confused about the settled science of global warming due in large part to the spread of climate misinformation. This MOOC will address those myths and provide participants with the tools they need to put these myths to rest,” Mandia said.

Mandia has been very active in educating the public and other scientists about why settled science is not accepted by some in the public and political arena. Mandia has addressed this issue at American Geophysical Union and Geological Society of America conferences in the United States and Canada and most recently was a guest speaker at Union College (Schenectady, NY) Environmental Science, Policy and Engineering Winter Seminar Series. Previous speakers include Robert F. Kennedy Jr., Lonnie Thompson and Bill McKibben. Mandia is also one of three expert panellists invited to speak about climate change at the Committee for Skeptical Inquiry Conference this June.

Course coordinator and Climate Communication Fellow for the Global Change Institute at UQ, John Cook, said the course not only tackles climate myths, but also exposes the techniques used to mislead the public.

“This free course explains why there is such a huge gap between the scientific community and the public”, Cook said.

Removing this gap is an important step in supporting policy development to ensure that decisions are made using peer reviewed science, leading to maximum benefit for communities, economies and the environment.

Other scientists interviewed for the MOOC include Naomi Oreskes, author of Merchants of Doubt, and Katharine Hayhoe, recently named one of the 100 Most Influential People by Time Magazine.

The course begins on April 28 and runs for seven weeks, requiring one to two hours per week.

The course is offered free to anyone in the world through the not-for-profit online learning platform edX. Enroll at: http://edx.org/understanding-climate-denial Thousands of students from more than 130 countries have enrolled to date.