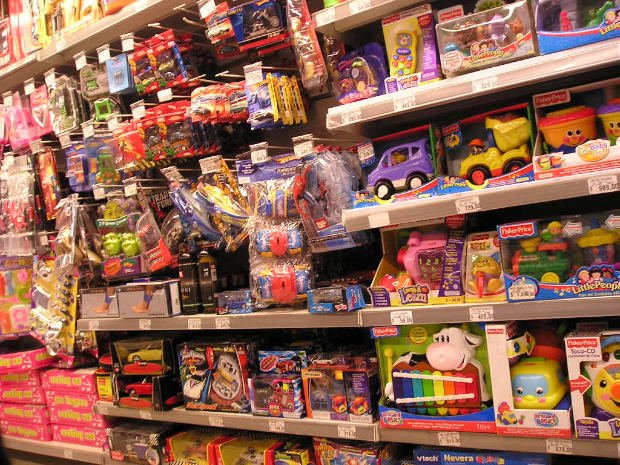 Albany, NY - April 21, 2014 - Governor Andrew M. Cuomo today urged the federal government to recall a toy known as “Clingy Darts,” which poses a significant danger to children. The New York Department of State’s Division of Consumer Protection (DCP) found the children’s toy contains more than six times the federally allowable limit of the chemical phthalate Di(2-ethylhexyl), also known as DEHP. The toy, which can be viewed here, is imported by Greenbrier International, Inc. of Chesapeake, VA., and is sold at stores throughout New York State, including Dollar Tree, where the “Clingy Darts” were purchased.

“Like any other parent, I want to make sure our children are safe. This toy – which is made with excessively high levels of the DEHP chemical – poses an unacceptable risk to our kids and should not be on any store shelves,” Governor Cuomo said. “I urge Dollar Tree to voluntarily pull the item from its shelves and call on the federal government to issue a recall of this product immediately.”

Phthalates are chemical substances often used in production of many types of plastics, certain inks, paints, and other products. They are generally used to make plastics softer. The National Toxicology Program has concluded that DEHP is a reproductive and developmental toxin in animals, and has concerns about human exposures to DEHP and potential health effects from such exposures, especially in infants and toddlers. “Clingy Darts” contained 0.61% of DEHP, well above the federal limit 0.10% (for more information on phthalates, please click here).

If anyone has the “Clingy Darts” at home, they can dispose of them by simply throwing them in the garbage, or they can choose to set them aside in a safe area and await any future recall instructions, which may or may not include a refund component.

The DCP contacted the federal Consumer Product Safety Commission (CPSC) to request a national recall of ”Clingy Darts” containing DEHP, and asked Dollar Tree to remove the toy from its shelves and discontinue its sale. The DCP also contacted the importer requesting it and its distributers cease distribution and sale of the “Clingy Darts” in New York State and nationwide.

The Children’s Product Safety and Recall Effectiveness Act, Article 28-E of the General Business Law, requires a commercial dealer to contact within 24 hours any person or entity to who purchased a product subject to a recall or warning. The dealer must direct such persons to stop the sale or distribution of the recalled product and provide disposition directions. In addition, retailers are required to remove all recalled children’s products from their shelves within 24 hours of receipt of a recall or warning notice.

The New York Department of State is charged with enforcement of these recall provisions. Consumers who identify a recalled product in the marketplace, or require more information about toy safety and recalls, are urged to contact the Division of Consumer Protection at 518-474-8583 or visit the Division’s web site at www.dos.ny.gov/consumerprotection. The Division can also be reached via Twitter (@NYSConsumer) and Facebook (https://www.facebook.com/nysconsumer).

The Consumer Product Safety Improvement Act of 2008 mandates that manufacturers and importers test all toys designed or intended primarily for children 12 years of age and younger for compliance with the CPSC’s toy safety standards. Additionally, manufacturers and importers must test all of their children’s toys manufactured after December 31, 2011 for compliance with the CPSC’s ban on phthalates.