Drivers can face up to $1,000 fine and 11 Points for speeding or aggressive driving Governor Provides Tips for Avoiding Aggressive Drivers. 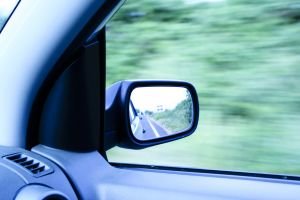 Albany, NY - April 16, 2014 - Governor Andrew M. Cuomo today announced that the New York State Police will conduct a week-long enforcement initiative targeting speeding and aggressive drivers across the state. The “Speed Week” campaign runs from April 17 through April 24, 2014. Fines for speeding and aggressive driving can reach nearly $1,000 and add up to 11 points on a driver’s license.

“Too often families are forced to endure needless heartache as a result of reckless driving,” said Governor Cuomo.  “During Speed Week, the State Police will be out in force across New York cracking down on drivers who break the law, putting themselves and others at risk.  This week and every week, I urge drivers to slow down and adhere to the vital and lifesaving rules of the road.”

The goal of this campaign, and enforcement year round, is to reduce speed related crashes and improve safe travel for drivers and passengers on New York’s roads. Speeding by all vehicle types, as well as other traffic violations, will be heavily enforced throughout the week in addition to normal year-round enforcement.

Speed remains one of the leading causes of fatalities on our roadways, averaging approximately one third of all fatal crashes from year to year. Troopers will also be watching for vehicle occupants who are not properly buckled up, drivers that are violating the “Move Over Law,” and distracted or impaired drivers.

In an effort to continue making New York’s roads safer, this year’s State Budget includes legislation to intensify the efforts to curtail the prevalence of texting while driving by young drivers. Young and new drivers convicted of texting-while-driving will have their license suspended for 120 days on the first offense, and revoked for at least one year for the second offense.

“Drivers can prevent needless deaths and injuries by simply slowing down,” New York State Police Superintendent Joseph A. D’Amico said. “Our Troopers are out there on New York roadways doing their part to keep the streets safe, and the public can too. By following posted speed limits and watching their speed, drivers will increase their chances of making it to their destination safely.”

Drivers can expect to see more troopers on major highways during this detail.  Unmarked patrol vehicles will also be out in force.

Aggressive driving behaviors State Troopers will be targeting include:

Tips when encountering an aggressive driver:

NY State Police point out that there is a difference between aggressive driving and so called "road rage." Road Rage, such as using the vehicle as a weapon or physically assaulting a driver or their vehicle, is NOT aggressive driving.  These are criminal offenses, and there are laws in place to deal with these violent crimes.