Attorney General Eric T. Schneiderman today announced settlements totaling $970,000 with four current Domino’s Pizza franchisees, who together own 29 stores across New York State, as well as with one former franchisee who owned 6 ... 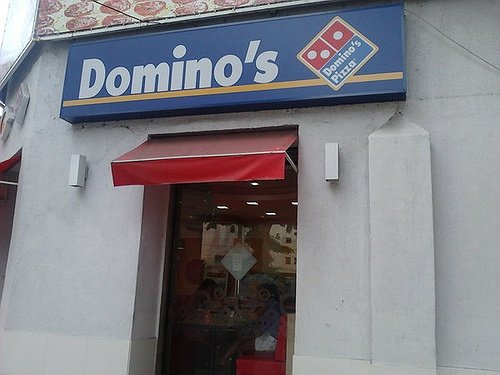 “In the past two years, the owners of over fifty New York Domino’s franchise locations have admitted to violations of some of the most basic labor law protections – an appalling record of ongoing disregard for workers’ rights,” Attorney General Schneiderman said. “Franchisors like Domino’s need to step up to the plate and fix this problem. Franchisors routinely visit franchise stores to monitor operations – down to the number of pepperonis on each pizza – to protect their brand, and yet they turn a blind eye to illegal working conditions. My message for Domino’s CEO Patrick Doyle is this: To protect the Domino’s brand, protect the basic rights of the people who wear the Domino’s uniform, who make and deliver your pizzas.”

Today’s agreements followed investigations by the Attorney General’s Office into the franchisees, covering the time period from 2008 through 2014. All investigated franchisees admitted to the violations of law outlined in the settlement agreements. The admitted violations varied by location and time period, and included the following:

A list of all of the Domino’s franchisees and the restaurant locations that have reached settlements with the Attorney General’s Office can be found here.

In addition to payment of $970,000 in restitution funds, the franchisees must also institute complaint procedures, provide written handbooks to employees, train supervisors on the labor law, post a statement of employees’ rights, and designate an officer to submit quarterly reports to the Attorney General's Office regarding ongoing compliance for three years.

The largest franchisee to reach an agreement today, Robert Cookston, is paying $675,000 to settle the charges against him. In 2013, his Washington Heights store was the subject of a separate investigation for retaliatory discharge, which was ultimately resolved when all 25 discharged employees were reinstated pursuant to an agreement with the Attorney General’s Office. In today’s agreement, in addition to paying restitution to these and other workers, Mr. Cookston agreed to pay for independent monitoring of all of his stores for three years.

Today’s five agreements follow settlements announced last year with six Domino’s pizza franchisees, who together owned 23 stores and agreed to pay a total of $448,000 in restitution, as well as an additional settlement last year with a franchisee, Abdil Karaborklu, who paid $40,000 to resolve a case involving his three stores. Some of the stores investigated by the Attorney General in today’s announcement and last year changed hands among franchisees during the period of the investigation.

There were approximately 130 total Domino’s franchisee store locations statewide in 2014, according to Domino’s disclosure documents. Nationally, over 90 percent of Domino’s locations are franchisee-owned.

In addition to investigations involving Domino’s restaurants, the Attorney General’s office has brought a number of additional cases in the fast food industry.