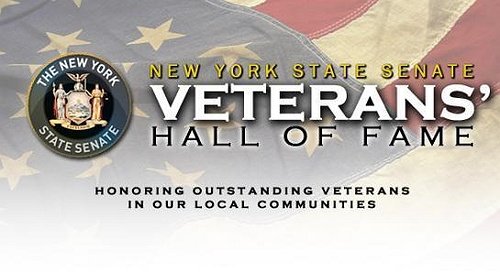 Nomination letters, which should include a short biography highlighting the nominee’s military and civilian service and achievements, can submitted online using the form below.   A high resolution photo is required - It can be e-mailed to Senator Ken LaValle at LaValle@NYSenate.gov with any other nomination letters, or extra submission information.

Note:  Nominations for this year’s inductee will be accepted until Monday, April 27, 2015.