Senator Croci Says State Funding Should Be Cut Off From Local Governments that Protect Criminals and Put Public Safety at Risk by Preventing Federal Enforcement. 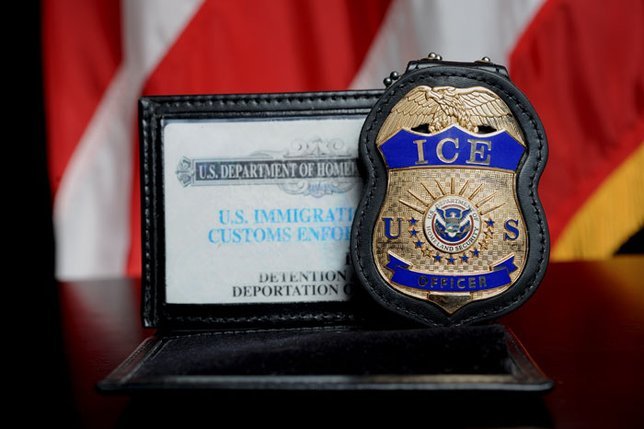 According to the Director of U.S. Immigration and Customs Enforcement, there were 121 unique instances of illegal immigrants who had an active criminal case at the time of release and were subsequently charged with homicide-related offenses.

Albany, NY - March 22, 2018 - The New York State Senate today passed legislation that prohibits local governments from defying federal laws put in place to protect public safety. As some New York municipalities have taken steps to become so-called “sanctuary cities,” this bill (S3698), sponsored by Senator Thomas Croci (R, Sayville), prevents local governments from harboring detained criminals by enacting policies of non-cooperation with federal detention or other requests.
Senator Croci, Chair of the Veterans, Homeland Security, and Military Affairs Committee, said, “The brutal killings in Brentwood by MS 13 have shocked the conscience of the nation. And, 10 out of the 13 suspects arrested entered the United States illegally. According to the Director of U.S. Immigration and Customs Enforcement, there were 121 unique instances of illegal immigrants who had an active criminal case at the time of release and were subsequently charged with homicide-related offenses -- that’s more than one every two weeks. However well intentioned, it is clear that a non-cooperation policy puts lives at risk and should be abandoned. We should not be providing a sanctuary to those persons who have come here illegally and get arrested by then giving them the chance to avoid deportation.”
The measure requires the state to compile a list of the local governments that have adopted laws or policies that interferes with the enforcement of any federal detention requests for individuals who are already arrested. There are certain exceptions aimed at protecting victims of a crime, witnesses to a crime, children attending school, and persons utilizing the services of a municipal hospital. If the policies are not changed or if new policies are adopted, the municipality would lose state funding.
Senator Croci added, “In light of the increased threats posed by ISIS and terrorists worldwide, we must be smart about those who would come to New York City to harm New Yorkers. We cannot afford to expose New Yorkers to harm for a misguided political ideology.”
The bill will be sent to the Assembly.