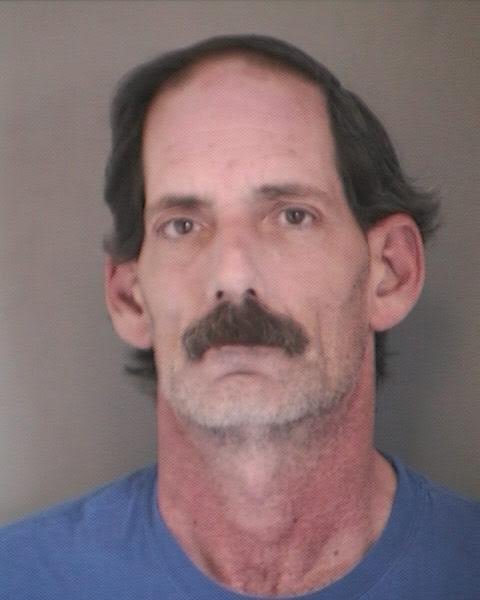 Scott W. Cisler was arrested on eight counts of burglary.

East Meadow, NY - March 22, 2016 - The First Squad reports the arrest of an East Meadow man on Monday, March 21, 2016 at 5:30 a.m. for multiple Burglaries in East Meadow.
According to detectives, First Precinct officers responded to Meadow Dairy located at 395 East Meadow Avenue for a burglary in progress. Upon their arrival they were informed by the male owner that when he opened the front gate he discovered Scott W. Cisler, 49 of 1900 Byrd Drive was inside. The owner locked the gate and detained Cisler inside until police arrived. The officers placed him under arrest without incident.  During the investigation it was determined that Cisler had entered the Meadow Dairy on (7) seven previous occasions entering through an unlocked side door while the owner opened the front gate and remove scratch off lottery tickets.
Cisler is charged with (8) eight counts of Burglary 3rd degree. He will be arraigned on Tuesday, March 22, 2016 at First District Court in Hempstead.