The Women’s Equality Coalition is pleased to see the positive momentum on women’s issues by the New York State Assembly with today’s passage of the anti-trafficking legislation package. 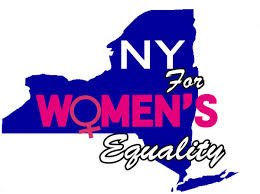 Albany, NY - March 16, 2015 - The Women’s Equality Coalition is pleased to see the positive momentum on women’s issues by the New York State Assembly with today’s passage of the anti-trafficking legislation package. All of the bills offer vital protections for victims of human trafficking, close critical gaps in New York’s anti-human trafficking law, increase accountability of traffickers and buyers and increase support services for victims.
Since 2013 the Women’s Equality Coalition has grown to encompass over 850 businesses and organizations across the state. Together the coalition has worked tirelessly to raise awareness about New York’s outdated laws that impede the fair and equitable treatment of women. For the past two years, New Yorkers statewide have expressed their support for the coalition and its fight to ensure New York’s 10 million mothers, sisters, daughters and wives are not held back by discrimination.
Today, the Assembly has once again demonstrated its longstanding commitment to New York’s women and families with this robust package of legislation, which includes a bill also in the Women’s Equality Act, AB 506, and sets the stage for the Assembly to tackle the full range of issues facing New York State women.
Corinne Carey, assistant legislative director of the New York Civil Liberties Union and co-chair of the NY Women's Equality Coalition, said "The Coalition is grateful to the Assembly for demonstrating leadership once again on women's rights in New York State. The package the Assembly is poised to pass is a smart one: it will provide necessary and common-sense relief for women who have been subject to the horror of human trafficking."
The WEC looks forward to continue working in partnership with our legislators during the 2015 Legislative Session to break down the barriers that perpetuate discrimination and advance the measures we find crucial in the fight for women’s rights, including:
Together we will continue to work to ensure that the legislation advanced this year reflects the complexity and strength of New York women, addresses the full range of issues facing women whether at work or in their private lives, and offers the best protections and equitable treatment for women today and for generations to come.
The Women’s Equality Coalition is led by a Steering Committee with representatives from the New York State Chapter of the American Association of University Women, with 34 branches and 5.000 members statewide; the League of Women Voters with 60 local league chapters; NOW-NYS, with 24 chapters across the state representing over 40,000 women; the New York Civil Liberties Union with its 8 regional offices and over 50,000 members; the New York State YWCA with 21 regional Ys; the PowHer New York Equal Pay campaign with more than 60 partner organizations across the state; the New York State Coalition Against Domestic Violence; Family Planning Advocates which represents 9 Planned Parenthood affiliates across the state and 24 individual family planning providers; Planned Parenthood Federation of New York State, representing leaders from the nine Planned Parenthood affiliates; the NYS Anti-Trafficking Network  with 140 member organizations including Sanctuary for Families; and A Better Balance.