Film will be released on Netflix streaming service on Friday, March 13th. 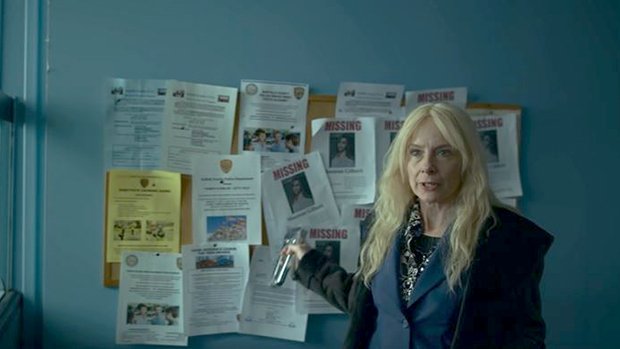 The reviews are in for Lost Girls, the highly anticipated movie about the ongoing investigation into the unsolved murders of female sex-workers whose bodies were found at Gilgo Beach.

Critics have mixed feelings about the film.

While the movie will be available for Netflix subscribers to stream starting Friday, March 13th, film critics got a preview of the movie.

The New York Times applauded the filmmakers for shedding light on the victims as individuals and not mere plot points.

“It humanizes women often represented as disposable, more props than people. When a mother in the movie laments that her missing daughter, a sex worker, has been forgotten along with other women, her words feel like an accusation. When ‘our girls’ are remembered, she says, it’s never as “friend, sister, mother, daughter,” the reviewer wrote.

The NYT also said that the film captures one emotion succinctly: anger.

“There are different ways to describe Garbus’s telling of this mystery: it’s serious, respectful, gravely melancholic. Yet anger best describes the movie’s atmosphere, its overall mood and its authorial tone.”

AV Club said that there was more to the story that could be told than the film touches upon.

“What’s both intriguing and frustrating about the screen version, however, is the way that it flirts with a much thornier and potentially richer possibility, only to ultimately back away from that idea in favor of a straightforward plea for justice.”

Newsday called the movie a “well-intentioned, but uneven feature on Gilgo murders.”

“The movie stumbles when it attempts to mimic a police procedural or a whodunit,” the reviewer wrote.

On Rotten Tomatoes, the film currently has a 55% score with critics. Once the movie is released to the streaming service, viewers will get a chance to weigh in with their opinions.

The movie is based on a true crime literary account of the Gilgo Beach murders written by journalist Robert Kolker in 2014.

The film focuses on Mari Gilbert, the mother of 24-year-old Shannan Gilbert, the woman who Suffolk County police were initially searching for when they stumbled upon the human remains of 10 others, victims of the so-called Long Island Serial Killer or Gilgo Beach Killer.

Earlier this year, Suffolk Police unveiled new evidence in the real-life case. You can read about what they found here.