Richard Bivona, Owner of Southampton Princess Diner, Faces Up to Six Months in Jail for Scheming to Defraud and Failing to Pay Employees. 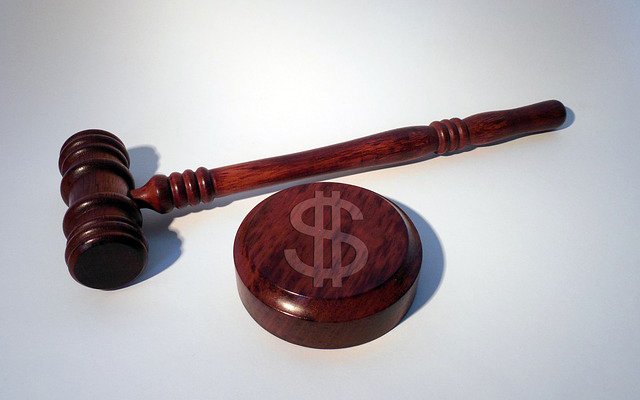 Southampton, NY - March 9, 2018 - Attorney General Eric T. Schneiderman today announced the guilty pleas of Suffolk County residents Richard Bivona, owner of Southampton Princess Diner (“Princess Diner”), John Kalogeras, manager of Princess Diner, and the corporation, RJT Food & Restaurant, LLC—doing business as Southampton Princess Diner. Bivona and Kalogeras were charged with repeatedly failing to pay restaurant workers and scheming to defraud them by continually lying about when they could expect to receive full compensation. Together, they stole a combined total of over $132,000 from 23 workers.
Today, Bivona pled guilty in Suffolk County Supreme Court before the Honorable Fernando Camacho to Scheme to Defraud, a class E felony, and Failure to Pay Wages, an unclassified misdemeanor. At the time of his plea, the court informed Bivona that he intends to sentence Bivona to a jail term not to exceed six months at his sentencing on June 15, 2018. Kalogeras pled guilty to Failure to Pay Wages, an unclassified misdemeanor, and the court indicated that he will be sentenced to a conditional discharge. Lastly, RJT Food & Restaurant, LLC pled guilty to Scheme to Defraud and Failure to Secure Workers’ Compensation Coverage as a class E felony. The plea mandates that the defendants pay a total of $132,011.11 in restitution to workers – including $88,428.11 in unpaid wages to 15 workers for incidents that took place between August and December 2016, and $43,583.00 to eight other employees for incidents that took place between January 2017 and February 2018.
To date, Attorney General Schneiderman has won back nearly $30 million in stolen wages for over 21,000 workers across New York, including over $8 million for more than 3,000 restaurant workers.
“Employees deserve fair pay for a fair day’s work,” said Attorney General Schneiderman. “Companies that scheme to exploit their employees and stiff them of the wages they earned should take note: we will take you to court to win back workers’ hard-earned money.”
“Under Governor Cuomo, New York believes in fair pay for a day’s work,” said State Labor Commissioner Roberta Reardon. ”Any employer who steals hard earned wages from their workers must be brought to justice. I’m pleased that thanks to the coordinated efforts of the Department of Labor and our partners in law enforcement, we continue to secure recoveries for victims. I thank Attorney General Schneiderman and his team for being constant allies in this ongoing effort.”
Princess Diner, located at 32 Montauk Highway, has been a popular restaurant for many decades in Southampton, NY. In August 2016, Bivona took over the diner from Kalogeras and his family, but kept Kalogeras on as the manager to run the day-to-day operations. Restaurant employees – including cooks, dishwashers, bussers, and servers – many who had previously worked for the diner for over ten years, continued to work under Bivona’s stewardship. Between August and December 2016, workers were not paid their hourly wages, which often included overtime hours, on a weekly basis or at all. Employees who received cash tips lived off those cash tips exclusively, since Bivona withheld most of their credit card tips from them or paid them only a partial amount several weeks later.
Both Bivona and Kalogeras made repeated promises to the workers that payment was imminent, but many workers either never received any payment or only received sporadic payment after waiting for weeks to be paid. Employees continued to work at the diner in the hopes of eventually getting paid by Bivona as promised, but eventually quit when they did not receive payment after months of promises. Together, the defendants cheated 15 employees out of $88,428.11 in wages. Separately, Bivona cheated another eight employees out of $43,583.00 by failing to pay them and reimburse them for restaurant expenses between January 2017 and February 2018.
The investigation was handled for the Attorney General’s Office by Investigator Melissa Kaplan and Supervising Investigator Sylvia Rivera, under the supervision of Deputy Chief Investigator John McManus and Chief Investigator Dominick Zarrella.
The prosecution is being handled by Assistant Attorneys General Jennifer S. Michael and Rachael C. Anello, with the assistance of Legal Assistant II Yadira Filpo, Tyisha Bedford, and Joan Johnson, and under the supervision of the Labor Bureau’s Criminal Section Chief Richard Balletta, Assistant Attorney General in Charge of the Suffolk County Regional Office Kimberly Kinirons, Labor Bureau Chief ReNika Moore, Chief Stephanie Swenton of the Criminal Enforcement and Financial Crimes Bureau, Executive Deputy Attorney General for Social Justice Matthew Colangelo, Executive Deputy Attorney General for Criminal Justice Margaret Garnett, and Executive Deputy Attorney General for Regional Affairs Martin J. Mack.
The Attorney General thanks the New York State Department of Labor for their assistance in this investigation and prosecution, specifically Labor Standards Investigator Jeyce DeClue, under the supervision of Supervising Investigator Angela Dean, Chief investigators Nancy Gao and Frank King, and Unemployment Insurance Division Auditor Peter Dixon, under the supervision of Senior Auditors Louis Adinolfi, Ilan Basch, Assistant Director of Adjudication and Determination Lynne Camileo, Assistant Deputy Commissioner for Worker Protection Milan Bhatt, and Deputy Commissioner for Worker Protection James Rogers. The Attorney General also thanks the New York State Workers’ Compensation Board, specifically Senior Investigator Gregory Holmes, under the supervision of Teri Cooper. In addition, the Attorney General thanks the Suffolk County District Attorney’s Office and the Southampton Police Department, specifically Detective Kevin Gwinn, Detective Sergeant Lisa Costa, and Chief of Police Steven E. Skrynecki.