Police are searching for a home invader that fled after an altercation with the house's occupants. 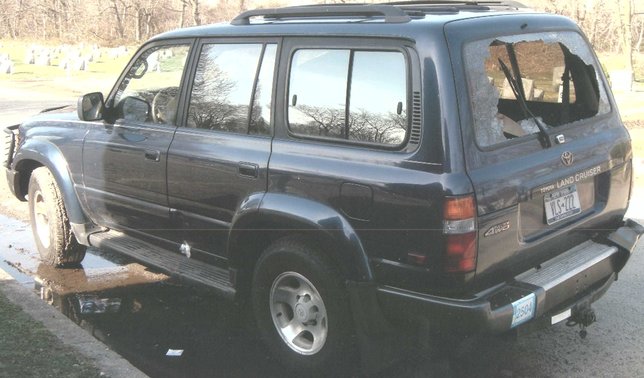 Bay Shore, NY - March 3, 2014 - Suffolk County Crime Stoppers and Suffolk County Police Third Precinct detectives are seeking the public’s help to identify and locate the person who broke into an occupied home in Bay Shore last year.
A man broke into a home on Wenman Street on April 12, 2013 and after a confrontation with the homeowner, the suspect fled in the homeowner’s blue 1997 Toyota Land Cruiser. The suspect broke the rear window of the vehicle that was later found abandoned at the Oakwood Cemetery, located on Brentwood Road in Bay Shore. The suspect had stolen a pocketbook containing money, credit cards and a US passport from the home. The suspect is described as white with a thin athletic build and brown hair.
Anyone with information about this crime is asked to call Crime Stoppers anonymously at 1-800-220-TIPS. All calls will be kept confidential. Suffolk County Crime Stoppers offers a cash reward of up to $5,000 for information that leads to an arrest.