McDonald's is giving away Free Egg McMuffins Today Only 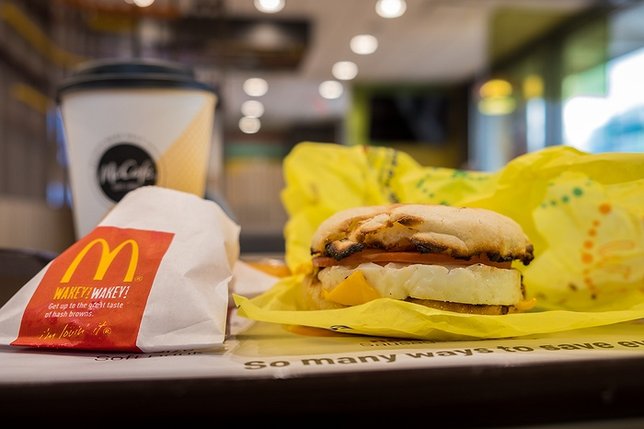 McDonald's changed the breakfast game forever in 1971 with the introduction of the Egg McMuffin—the FIRST ever quick service restaurant breakfast sandwich, and arguably the BEST. Now, nearly 50 years after its debut, this fan favorite is getting the celebration it deserves: its very own national holiday. That's right, we're declaring Monday, March 2nd National Egg McMuffin Day.

McDonald's is inviting fans to celebrate with us by getting a free, freshly prepared Egg McMuffin at participating McDonald's nationwide. Customers need only download our mobile App to redeem this offer between 6-10:30 AM local time on Monday, March 2*. Now that's something worth getting up for.

"While we're giving the Egg McMuffin its moment, we're really honoring our breakfast fans who have woken up with McDonald's breakfast for nearly 50 years. And we just thought, 'hey, why not declare March 2 as National Egg McMuffin Day?'," said David Tovar, Vice President of U.S. Communications. "We're always looking for new ways to show our fans love and remind them, no matter where they might be, a great tasting and convenient breakfast is just around the corner for them at McDonald's."
The iconic Egg McMuffin was first created in early 1971 by Herb Peterson, an owner and operator in Santa Barbara, California. What started as an attempt to make Eggs Benedict became a breakfast icon: the Egg McMuffin. Herb is also credited with creating the Teflon rings to give the eggs their perfectly rounded shape—a tool that has inspired other brands around the world.
If you're not into Egg McMuffins, ironically Wedny's is launching its breakfast menu on March 2nd and Panera is launching its unlimited coffee subscription plan for $8.99 a month.