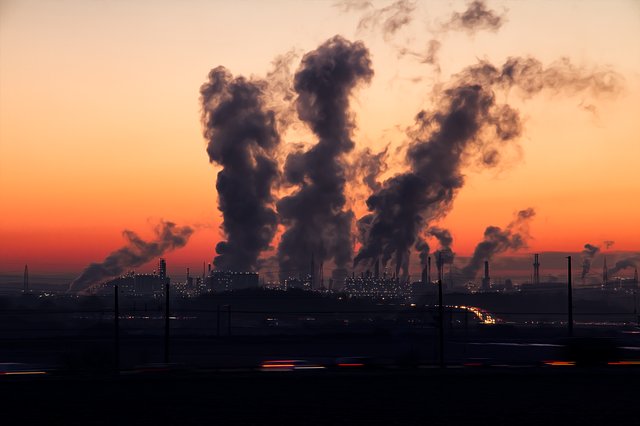 New York, NY - January 31, 2019 - Attorney General Letitia James, leading a coalition of six states and the City of New York, today announced a lawsuit aimed at forcing the Environmental Protection Agency (EPA) to comply with federal law by requiring further controls on ground-level ozone pollution (commonly known as smog) that blows into New York and other states.
Specifically, Attorney General James is challenging the EPA’s 2018 Cross-State Air Pollution Rule “Close-Out” for failing to require any further control of sources of smog pollution in states upwind of New York – even though smog’s serious, on-going health threat in New York is largely due to the interstate transport of smog pollution.
“Over two-thirds of New Yorkers regularly breathe unhealthy air due to smog pollution,” said Attorney General Letitia James. “Yet, Trump’s EPA is ignoring the Clean Air Act and refuses to require reductions in the pollution largely responsible for this serious public health risk. My office will stand firm for the quality of air in our state by forcing Trump’s EPA to follow the law and to ensure New Yorkers’ legal right to clean air.”
Over 12 million New Yorkers regularly breathe unhealthy air due to smog pollution. However, on the worst air quality days, over 16 million New Yorkers – over 80 percent of our population – can be exposed to air with unhealthy levels of smog. According to the American Lung Association, millions of New Yorkers with lung disease – including over 300,000 children and over 1,100,000 adults suffering from asthma – are placed at special risk by living in smog-polluted areas of the state.
Joining Attorney General James in today’s lawsuit are the Attorneys General of Connecticut, Delaware, Maryland, Massachusetts, and New Jersey, and the City of New York.
Background on New York and National Air Quality Regulations
Reducing smog levels is vital to protecting the health of New Yorkers. Elevated levels of smog can cause a host of significant health effects, including coughing, throat irritation, lung tissue damage, and the aggravation of existing medical conditions, such as asthma, bronchitis, heart disease, and emphysema. Exposure to ozone is also linked to premature mortality. Children, the elderly, and those with existing lung diseases, such as asthma, are more vulnerable to ozone’s harmful effects.
New York has some of the strictest air quality regulations in the country. The emissions of the pollutants that cause smog – such as nitrogen oxides (NOx) and volatile organic compounds (VOCs) – are aggressively regulated from power plants, factories, motor vehicles, and other sources within the state. In fact, New York has among the lowest emissions of NOx and VOCs in the country. As a result of their regulation, major stationary sources in New York reduced annual NOx emissions by 43 percent between 2008 and 2014, and major power plants in the state reduced ozone-season NOx emissions by 73 percent between 2008 and 2017.
Smog precursors, such as NOx emitted from power plants and other sources, can travel hundreds of miles after they are emitted. The federal Clean Air Act recognizes the regional nature of the smog, and that emission sources located in multiple upwind states contribute to downwind states’ smog problems. Because of downwind states cannot solve their smog problems on their own, the “Good Neighbor” provision of the Clean Air Act requires the EPA to step in and adopt plans to reduce interstate smog pollution when the actions of upwind states are not sufficient to ensure that federal smog health standards can be met and sustained in downwind states like New York.
EPA’s obligation under the Act to adopt such plans – known as “Federal Implementation Plans” or “FIPs” – reflects the Agency’s unique position and authority, as a federal agency, to ensure that the individual efforts of multiple upwind states will be sufficient, in aggregate, to solve regional air pollution problems, such as smog.
In 2015, EPA determined that the planned actions of 24 states, including several states upwind of New York (Illinois, Michigan, Pennsylvania, Virginia, and West Virginia), would not sufficiently and collectively reduce pollution emissions to ensure that federal smog health standards could be met and sustained in New York. This determination triggered a requirement under the Clean Air Act for the EPA to adopt FIPs for these upwind states. After the Attorneys General of New York and Connecticut won a court order directing the Trump EPA to act on this requirement, the Agency finalized the Cross-State Air Pollution Rule “Close-Out” in December 2018.
In the 2018 Close-Out rule, the Trump EPA determined that no further emissions reductions are needed for upwind states to meet their Good Neighbor Provision obligations. In the lawsuit announced today and filed with United States Court of Appeals for the District of Columbia Circuit, Attorney General James challenges this determination as “unlawful, arbitrary and capricious.” They ask the court to vacate the rule.
This matter is being handled for the Attorney General’s Environmental Protection Bureau by Assistant Attorneys General Claiborne E. Walthall and Andrew G. Frank, Affirmative Section Chief Morgan A. Costello, and Senior Counsel Michael J. Myers. The Bureau is led by Bureau Chief Lemuel M. Srolovic. This matter is being handled for the Attorney General’s Division of Appeals and Opinions by Deputy Solicitor General Steven Wu and Assistant Solicitor General David Frankel. The Division of Appeals and Opinions is led by Solicitor General Barbara D. Underwood.