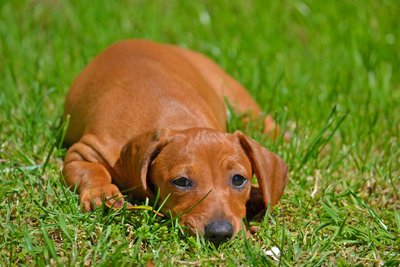 “Part of my job as District Attorney is to be a victim’s advocate and give a voice to the voiceless,” DA Rice said.  “I’m proud to work with our partners all over Nassau County to help ensure that animals and people coexist in a safe manner and that some of the most voiceless among us – abused and mistreated animals – have champions and advocates in government.”

The Council is a project of DA Rice’s Animal Crimes Unit, which was founded in early 2010 and was the first of its kind in a New York district attorney’s office.

In addition to aiming to increase the reporting and prosecution of crimes against animals, DA Rice’s Animal Crimes Unit has held training seminars for police on the enforcement and prosecution of animal crimes, and visited shelters to speak with animal control officers.

The new Council will serve as a forum for a wider array of local officials and stakeholders to more regularly share information on local trends, best practices, and developments in animal regulations and legislation.  The Council begins with the participation of local government officials, with the goal of expanding to include social service providers, private shelter operators and veterinarians as well.

The first planning meeting of the DA’s Council on Animal Protection and Safety is scheduled for Nov. 8.  Charter members of the Council include representatives from all five major local governments in Nassau County: the Towns of Hempstead, North Hempstead and Oyster Bay; and the Cities of Long Beach and Glen Cove.

Town of Hempstead Supervisor Kate Murray said: “The Town of Hempstead is committed to the health and safety of all animals throughout our township, and we have held many successful programs and adoption events at the Town Animal Shelter. We look forward to partnering with the Nassau County District Attorney’s Office and other local organizations to exchange information so that we can better serve Nassau County’s animal population.”

Interim Town of North Hempstead Supervisor John Riordan said: “With rising reports of animals facing neglect, cruelty and abandonment, I applaud DA Rice for tackling the problem head on, forming the Council on Animal Protection & Safety. North Hempstead is proud to partner with other Nassau municipalities to help advocate for and spread awareness about the need to protect and care for animals.”

Oyster Bay Town Supervisor John Venditto said: “I am proud to stand together with my allies in government in establishing this advocacy group. An animal lover myself, I am happy to commit the Town of Oyster Bay to doing everything within our power, to help ensure the health and safety of our local animal population.”

Glen Cove’s representative on the Council, Animal Lovers League president and co-founder Joan Phillips, said: “Nassau District Attorney Rice and her talented team of legal professionals/animal advocates have blazed new paths in the enforcement of existing animal cruelty laws, with some of the most successful prosecutions and resultant pro-animal legal decisions and sentences I have seen in almost two decades.  I totally applaud and support this new initiative.  With this new program, all the municipalities in Nassau will have each other’s backs in terms of collaboration and support.  It will serve us well to be educated in successful enforcement of state Agriculture and Markets Law and future modifications of said laws. I hope this new group will establish benchmarks for others to follow – the animals deserve nothing less.”